Interprovincial meetings begin with a view to the restructuring of OAR 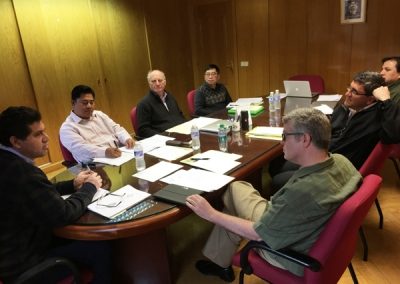 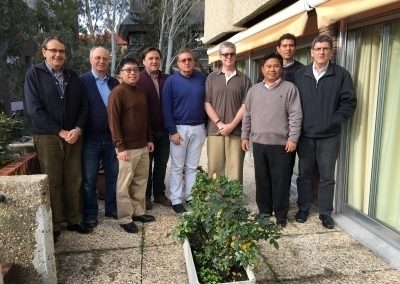 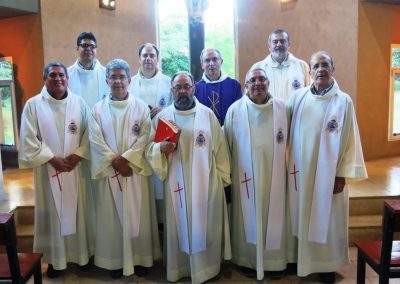 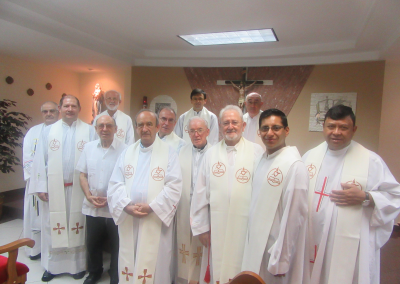 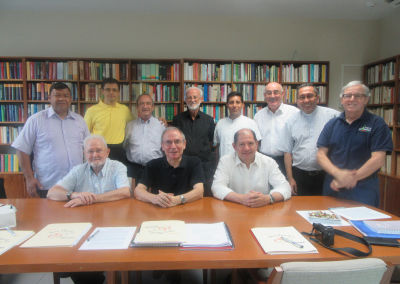 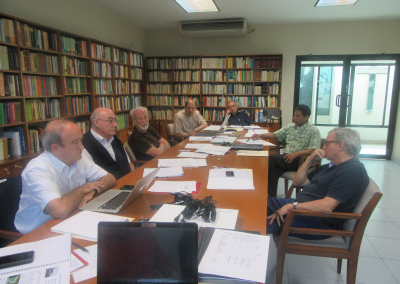 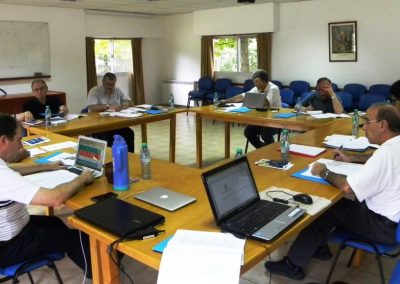 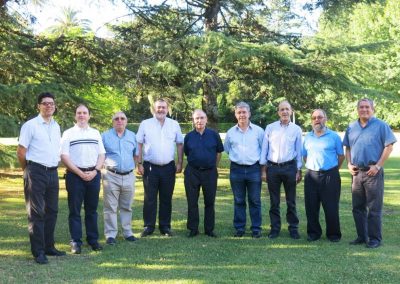 Explain, listen and reflect on the restructuring of the Order

The Prior General, Fr. Miguel Miró, had the opportunity to be present at the meetings in Panama and Buenos Aires after having previously met with the provincial priors of St. Augustine and St. Nicholas of Tolentino in Mexico. On several occasions he recalled that it is necessary “to explain to the brothers the process of reorganization of the Order, to listen to their contributions and to reflect together on our common presence and projects.”
In these meetings the first steps have been taken for mutual knowledge, to appoint work commissions and to promote concrete gestures in initial formation and permanent formation.

From eight to four provinces

At the 55th General Chapter of the Order, which ended on October 25, it was decided to restructure the OAR, from eight provinces to four. The first decisions of the Life and Mission Project of the Order determine the basic questions to make that union in a process that will culminate in 2018, and the guidelines to follow until the end of that process.
The joint meetings have motivated the opportunity to know better the reality of the different provinces, identifying the most significant aspects to take into account in the process of union. There has been much insistence on taking care of the gradual process of union of the provinces, in the human, religious, canonical and legal aspect with the objective of elaborating a Project of life and mission of each province, according to the Order, which promotes charismatic identity and strengthens vocation ministry and youth ministry, fraternal life in community, initial and ongoing formation, missions, evangelization in parishes and colleges, and care of elderly and sick religious.

Commissions for the union of provinces

The participants of all these meetings analyzed the decisions of the General Chapter, setting specific objectives to facilitate the work of the commissions which, under the leadership of the Prior General, will organize the process of union and prepare the next provincial chapters of 2018.
Among other aspects, these meetings highlighted the need to facilitate and enrich communion by encouraging communication between different provincial realities. In addition to the more assiduous communication between the major superiors, there has been a need to respond to initiatives of collaboration in initial and ongoing formation, in pastoral work and in publications.
The first meetings of the commission of each union have already been fixed: in Bogota (Colombia), from January 17 to 19, 2017; Lima, Peru, from January 25 to 27, 2017, and New Orange, NJ, USA, on April 25 and 26, 2017. After hearing the respective provincial priors, with the consent of the General Council, the Prior General Will appoint the commissions for each process of union of provinces.

Messages from seniors and councils

In the messages that the superiors and provincial councils have sent to the religious of the different provinces after these meetings, the words of Pope Francis addressed to the Augustinian Recollects where they were invited to be “men of hope” have been very present. They have also insisted on the challenge of the restructuring of the provinces that should lead the religious to put their trust in God. Lastly, they remember that the Pope asks the Augustinian Recollects to maintain with renewed spirit the dream of St. Augustine, to live as brothers “with one heart and one soul”, and to be a living prophecy of communion.

The Prior General has expressed the desire “that the reorganization of the Order will help us all to be truly creators of communion with all that this entails of openness to the Spirit and availability for fraternal life and for evangelization. If we do not open our hearts and we are willing to change mentality, we will not move forward. We need a new attitude: to offer with joy the best of ourselves and of each of the provinces to advance in the union of the new provincial realities and in the mission of the Order.”