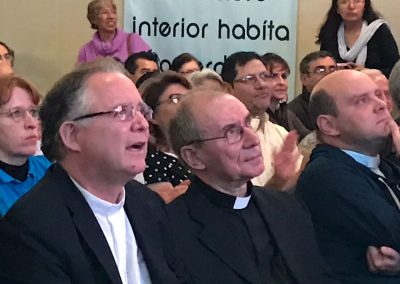 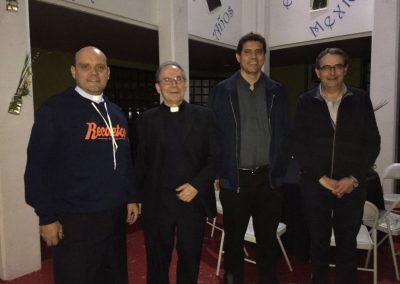 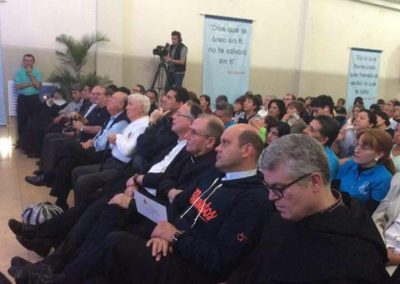 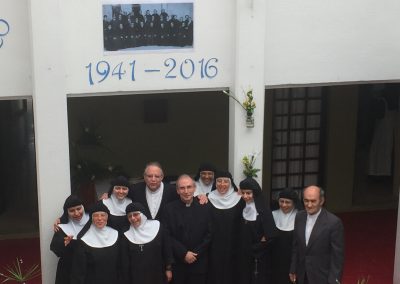 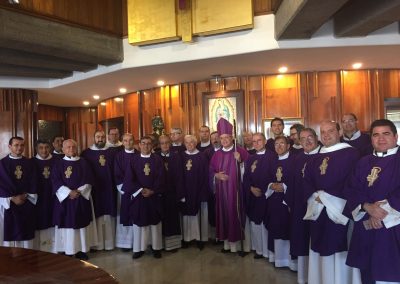 The Augustinian Recollect Family went on a pilgrimage to the Basilica of Guadalupe to celebrate the 428th anniversary of the Augustinian Recollection and the 75 years of their second presence in Mexico; previously, they had been in the Aztec country from 1605 until 1841. The Prior General left in the hands of Our Lady of Guadalupe the Life and Mission Project of the Order for the next six years.

Pilgrimage to the Basilica of Guadalupe

At the Basilica of Guadalupe, emblematic place for the Mexican people, there was a celebration on December 4, second Sunday of Advent, and close to the feast day of Our Lady of Guadalupe. The Augustinian Recollects concelebrated with the priests of the Basilica as Auxiliary Bishop Carlos Briseño Arch, presided this celebration. In attendance were the members of the Augustinian Recollect Family: contemplative religious of almost all the convents in Mexico, Augustinian Recollect Missionary Sisters, members of the secular fraternities, postulants and aspirants, the Christian mothers’ group, professors and students of Friar Luis de León School, lay people that work in our ministries – all of them joined the pilgrimages that during these days were at the Basilica of Guadalupe.

Bishop Carlos Briseño in his homily said that the house that St. Juan Diego built for his “little brunette” is like that space where each person builds a dwelling for the Saviour, that ark of the new covenant which Augustine invites us to look for and discover in our innermost being and which is illuminated by our mother as a symbol of the presence of God. He also spoke about the work of the Augustinian Recollects quoting Pope Francis in his audience whereby he invited them to be creators of communion and Norberto Cardenal Rivera who in a homily at the Cathedral thanked the excellent evangelizing work that the Augustinian Recollects do in the Archdiocese of Mexico, D.F. Finally, he invited the attendees to dream, to continue being in communion with the Church and their shepherds, encouraging all the Augustinian Recollects to continue evangelizing with the joy and hope so present during Advent.

Offering of the Life and Mission Project of the Order

Miguel Miró, Prior General of the Order, after Communion made an offering before the image of Guadalupe. “Mother, –said the Prior General– we ask for your help and protection for the Augustinian Recollect Family during this moment of communion, evangelization and revitalization. We wish to be creators of communion and that is why we come before you”. He concluded by saying: “Lady of Guadalupe in your hands we leave the Order and our Life and Mission Project for the next six years. May our Lord Jesus and with the strength of his Spirit move, guide and accompany us always”.

Encounter with the OAR Family

After Mass at the Basilica, relayed through Televisa and ESNE TV there was an Encounter with the whole Augustinian Recollect Family at the French School, near the Marian Shrine. Some five hundred persons were present during the whole event; members of the Augustinian Recollects had the opportunity to ask the Prior General about various concerns and doubts that the members of the fraternities have.

Afterwards, there was a presentation of the CD “Remember Me” performed by Gerardo Villegas which contains songs of the JAR, and some versions of the songs of Fr. José Manuel González Durán, who also sang some of the repertory of his CD “Barefoot”. The Encounter was led by Fernanda Quintana member of the JAR, and journalist, and ended with the handing over of these 75 years to the trainees of Mexico, putting in God’s hands and in their dreams and hopes the future of these 75 years in Aztec territory.

Anniversary of the Recollection

On December 5 at the St. Augustine Postulate, there was an event in the presence of the Prior General and the Prior Provincial of St. Nicholas of Tolentine with the Vicar of Mexico, all of them participants in the last General Chapter. In attendance were the religious of the communities of the central zone. They explained the restructuring of the provinces and secretariats, the decisions made at the chapter and they even spoke about living the vow of poverty in the communities. This was followed by Mass presided by Miguel Miró, the homily was given by Sergio Sánchez, who spoke about dreams and hopes, he questioned the postulants, and also shared some tips on personal and group companionship. During the Offering, it was very emotional remembering all those religious who worked in the Vicariate of Mexico during the 75 years. Finalized the Mass, there was a joyful sharing between the religious and the postulants.