By
17 June, 2017
On May 27, the augustinian recollect NGO celebrated its annual meeting at the Agustiniano School in Madrid to approve the actions of the previous year and plan the next months of work, focusing on an extraordinary Assembly in the last quarter of the year To support the foundation of ARCORES.

The president of the NGO Manuel Fernández presented the approval of the new president, Simon Puertas. It was an special emotive moment for Manuel Fernández after the last ten years coordinating activities, work teams and programs as president.

After the initial meet, Manuel Fernández received a tribute and received as a detail on the part of those present a set of suitcases, very significant since in a short time he leaves for the Brazilian Amazon to continue his social and evangelizing work in the state Of Pará, at the mouth and end of the Amazon basin.

The main purpose of this Ordinary Assembly of this 2017 was to update the general documentation of the NGO with the approval of the minutes of the last Assembly and of the registrations and withdrawals of members; It was also a moment of management transparency with the presentation and subsequent approval of the accounts, action plan and information on each of the different areas of work and some of the territorial delegations present.

The NGO has 1,260 members on June 1, of which there are 119 full members, 1,036 benefactors and 105 collaborating partners. Another good news has been the increase to 84% of the total percentage of resources devoted to Haren Alde’s own purposes, with 95% being allocated to development cooperation projects, solidarity actions and sponsorship programs, and 5% to awareness-raising and Education for development.

The number of regular partners and donors has increased, but the number of sponsors has declined; It has also been important to increase the collaboration of the Agustino-Recoleta Family with the annual Corazón Solidario campaign.

The NGDO accounts are sound and the financial year has been positive, although public sector financing for the third sector is still very low, especially when compared to the pre-economic crisis and major global recession that began in 2008.

However, the Ordinary Assembly 2017 had a climate of end of stage, given that once the documentation was updated, two events marked this meeting. The first had to do with the renewal of positions, through the confirmation of Simón Puertas as the new president, the appointment of Felipe Sada as new secretary and a new coordinator of Andalusia, Hugo José Sánchez.

The second had to do with the approval of a continuation of the action plan until the convening of an extraordinary Assembly, within this same year, in its last quarter, which will allow the necessary steps for the conversion of Haren Alde in one of the entities promoting the international solidarity network ARCORES and in coordination with the new Commission of Social Apostolate (CAS) of the Order of Augustinian Recollects.

This process will have an institutional part that is expected to flow until at the end of the year Arcores can be formally constituted after a prudential time of dialogue between the Agustino Recoleta Family, the provinces in which the ordinary management of the communities and the government itself And General Council; And another one of socialization and appropriation, which will include the same day Corazón Solidario 2017, celebrations of the 25 years of creation of Haren Alde and the detailed explanation to all the partners, benefactors, collaborators, sponsors, volunteers and social base in Of the causes and consequences of these important changes.

The Assembly ended with a celebration of thanksgiving and a meal for the participants, where he continued to run, firing Manuel Fernandez and welcoming Simón Puertas.

Manuel Fernández (Llamas de la Ribera, León, Spain, 1951) is an augustinian recollect religious priest, graduate in Ecclesiastical Studies. As a member of his Order he has worked in various ministries in Spain, Argentina, Venezuela and Brazil. Between 2008 and 2017 he has put his missionary and management experience at the service of Haren Alde.

Simon Puertas (Granada, Spain, 1972) is also an augustinian recollect religious priest, graduate in Ecclesiastical Studies. He has worked in schools and parishes in Spain and in the missions of his Order in Marajó (Pará, Brazil), until in 2006 he began a period dedicated to government and management in his religious Province, first as secretary and then as prior provincial. In 2017, after returning to the Brazilian mission of Marajó for two years, he was proposed and finally elected president of Haren Alde and member of the Social Apostolate Commission of the Order, and residing in Madrid. 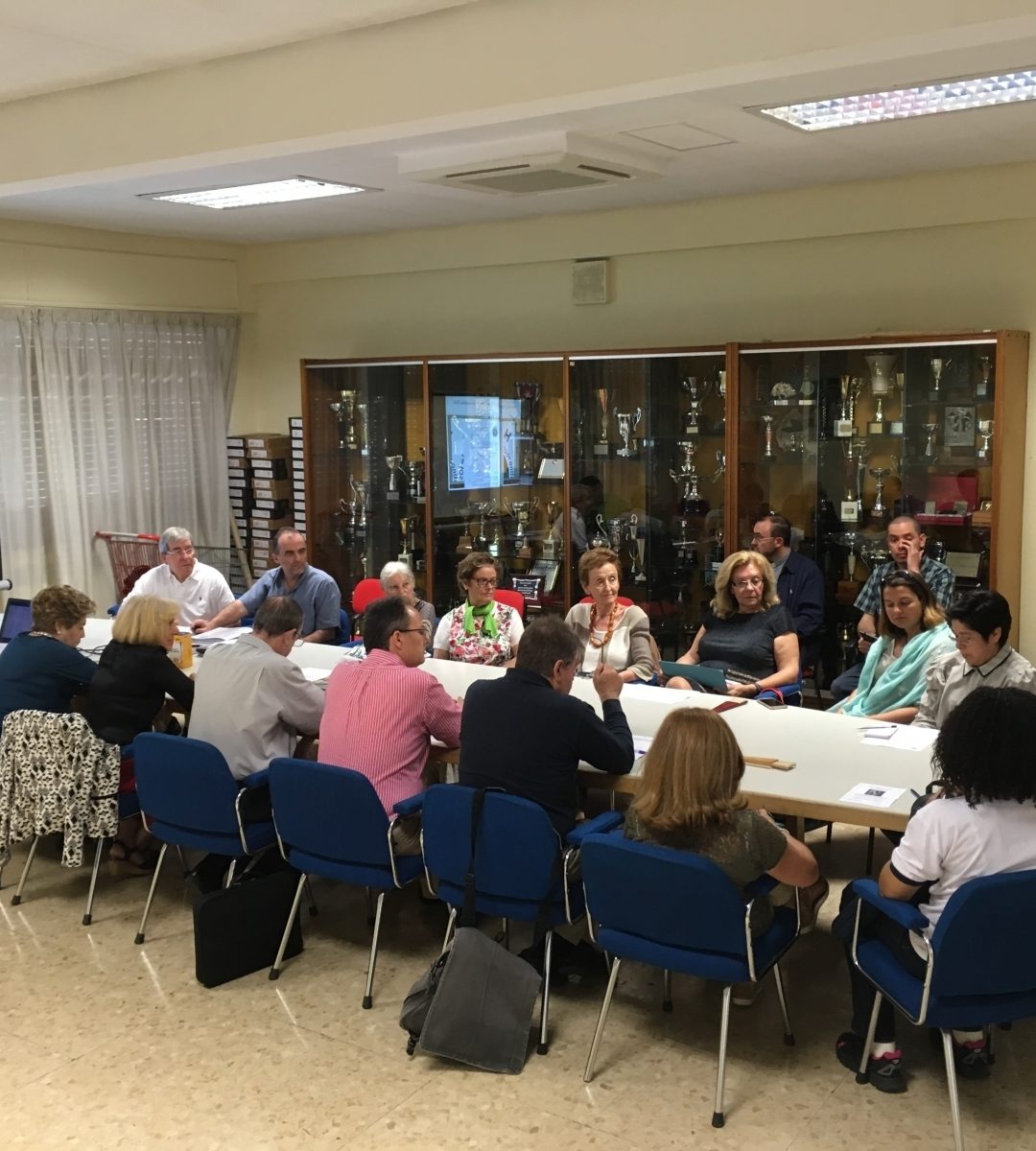 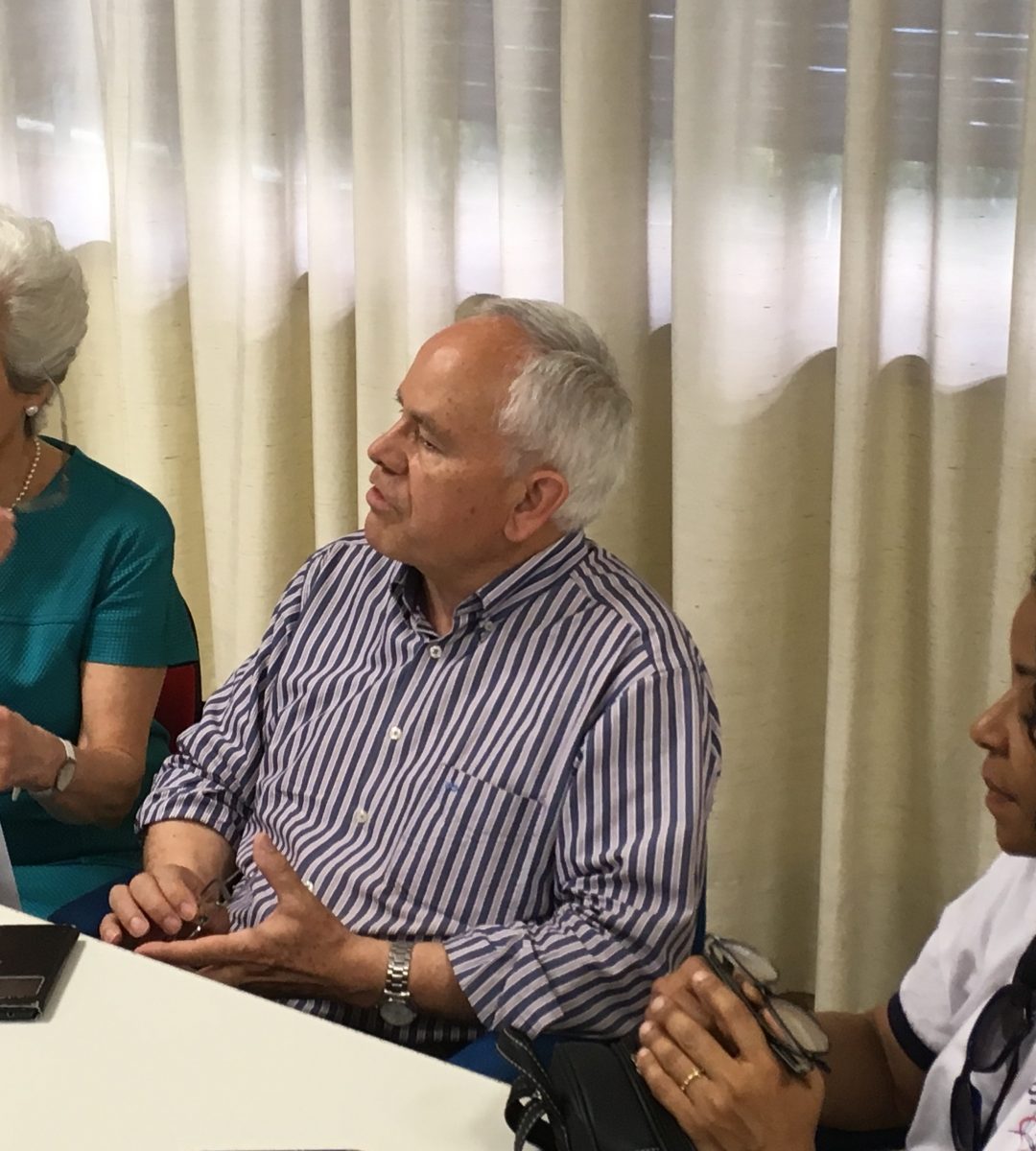 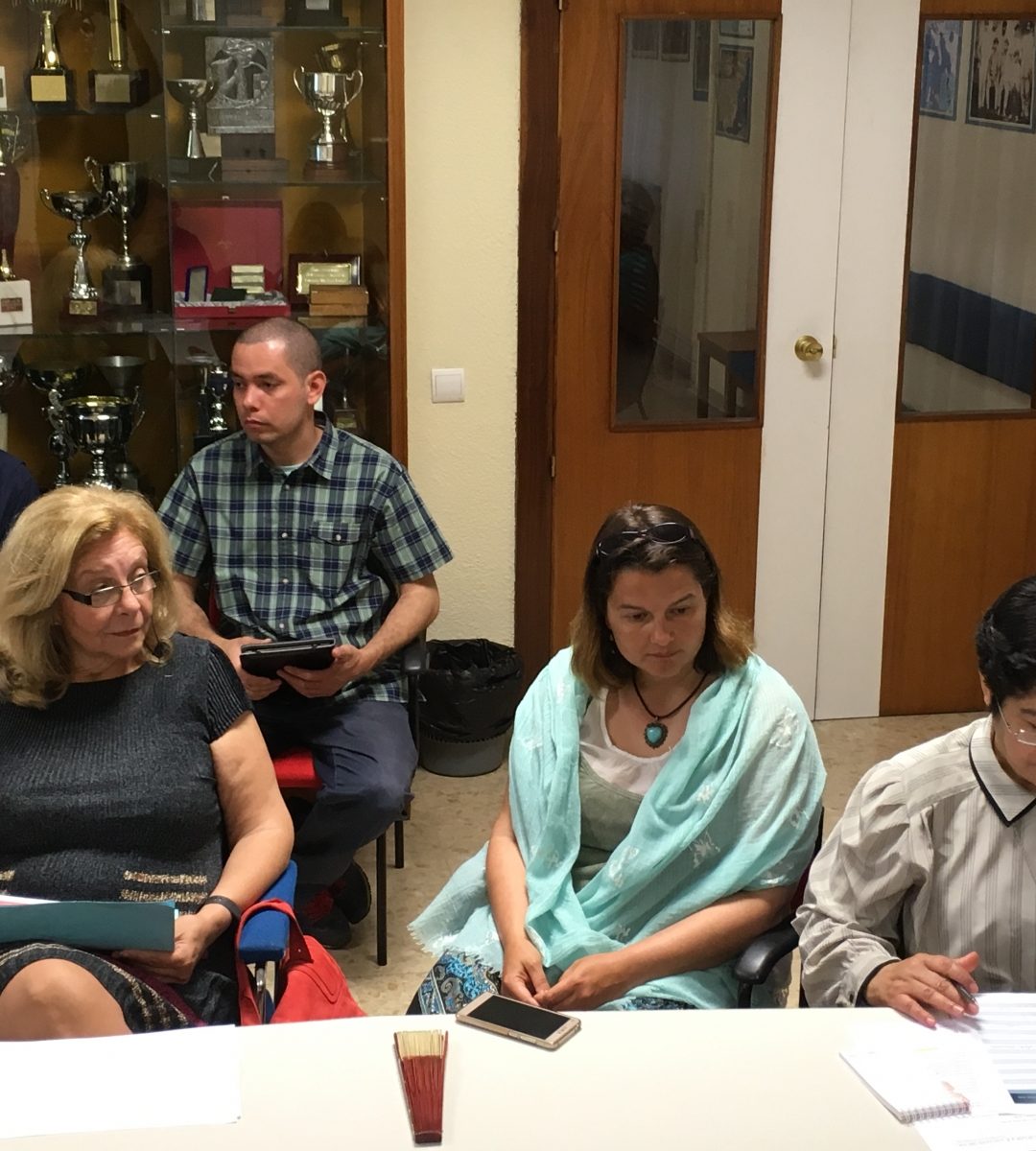 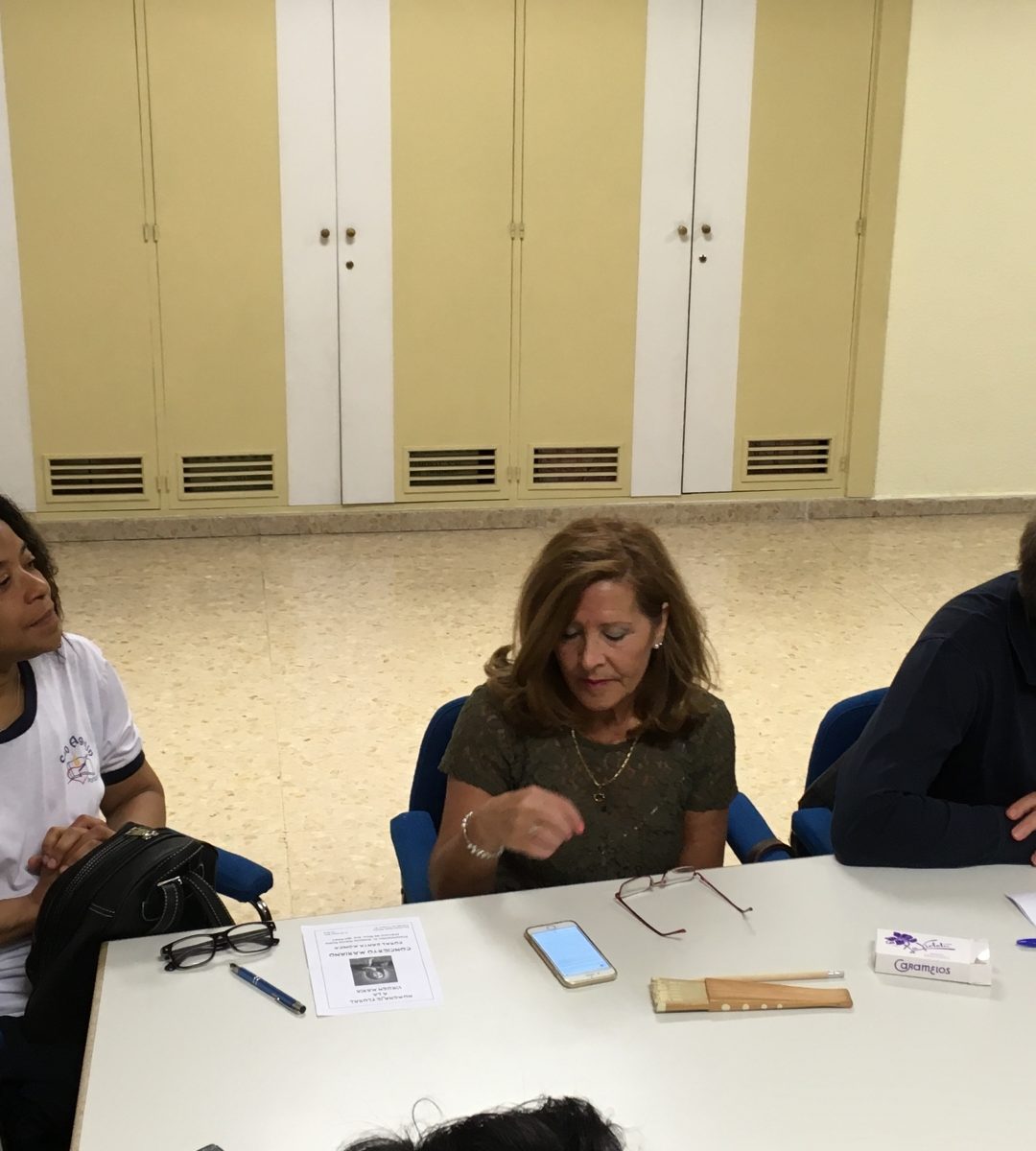 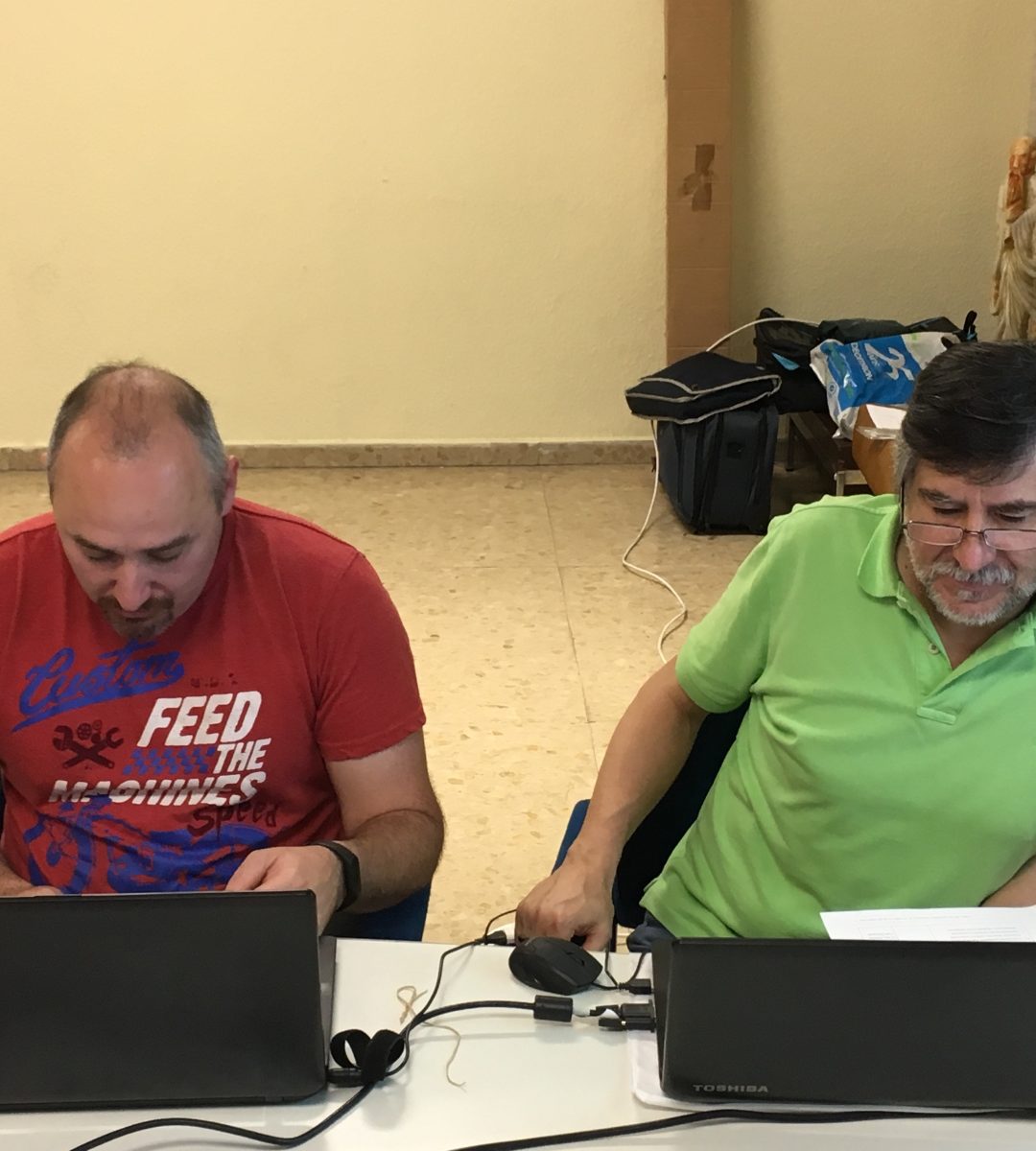 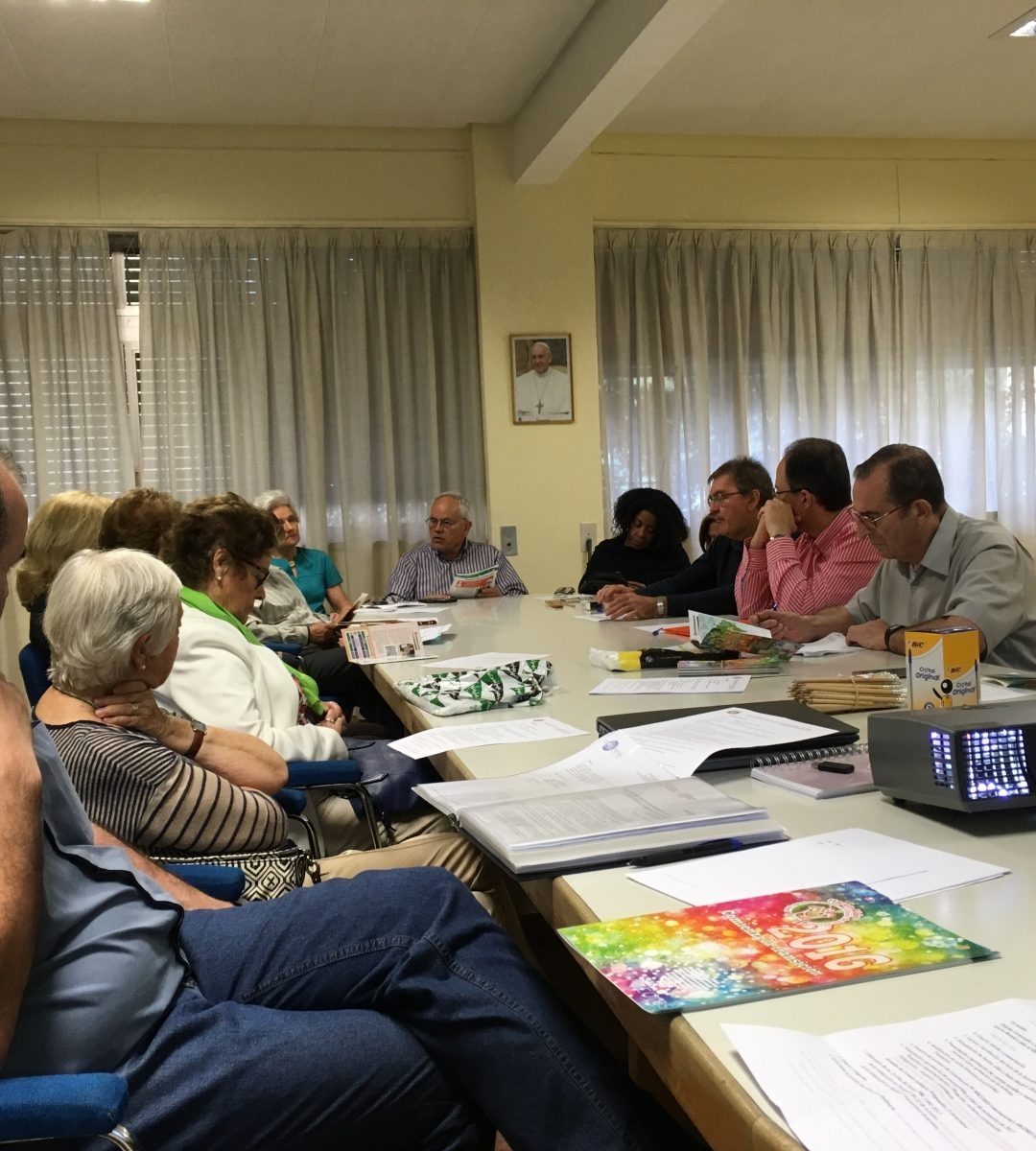 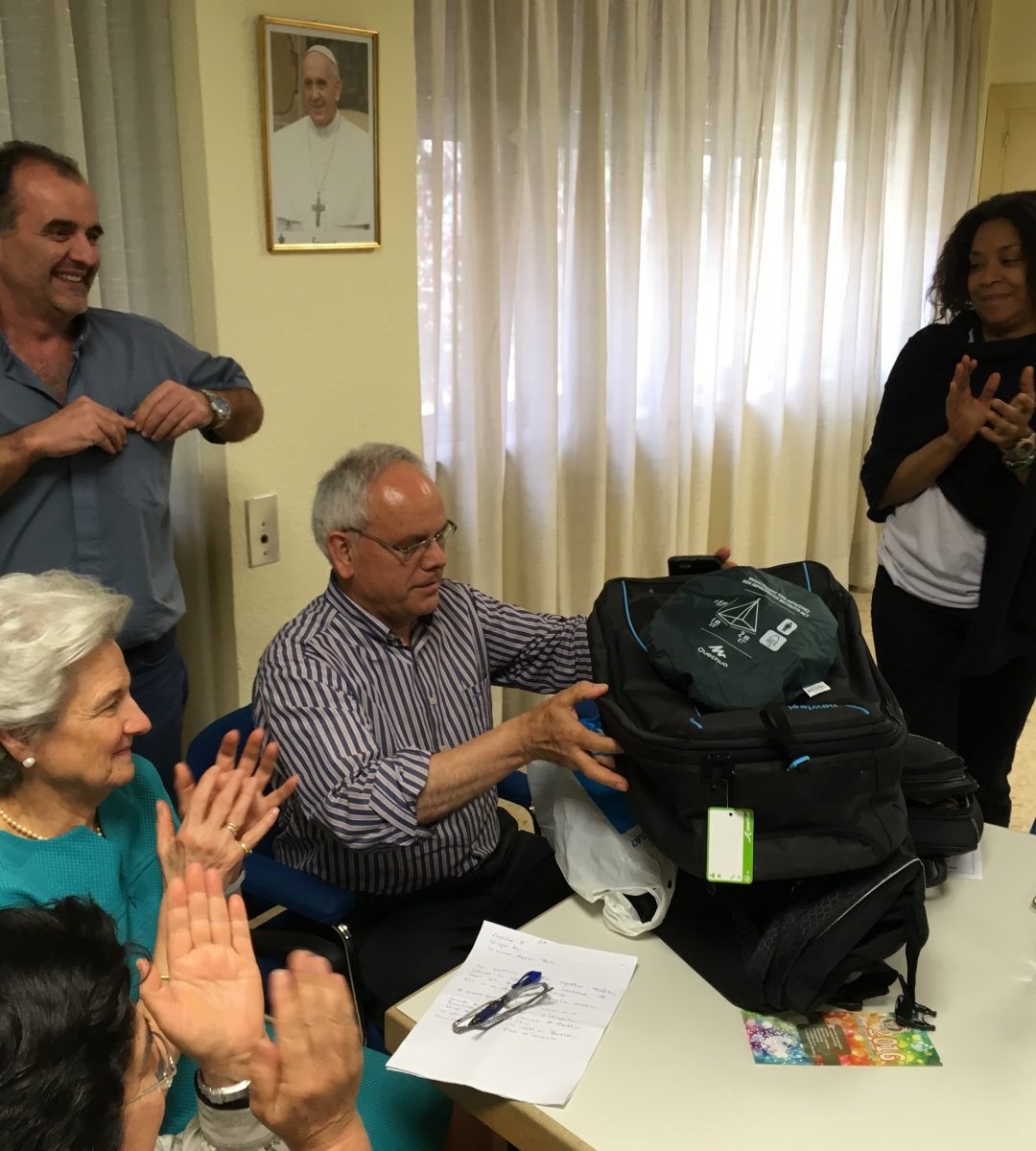 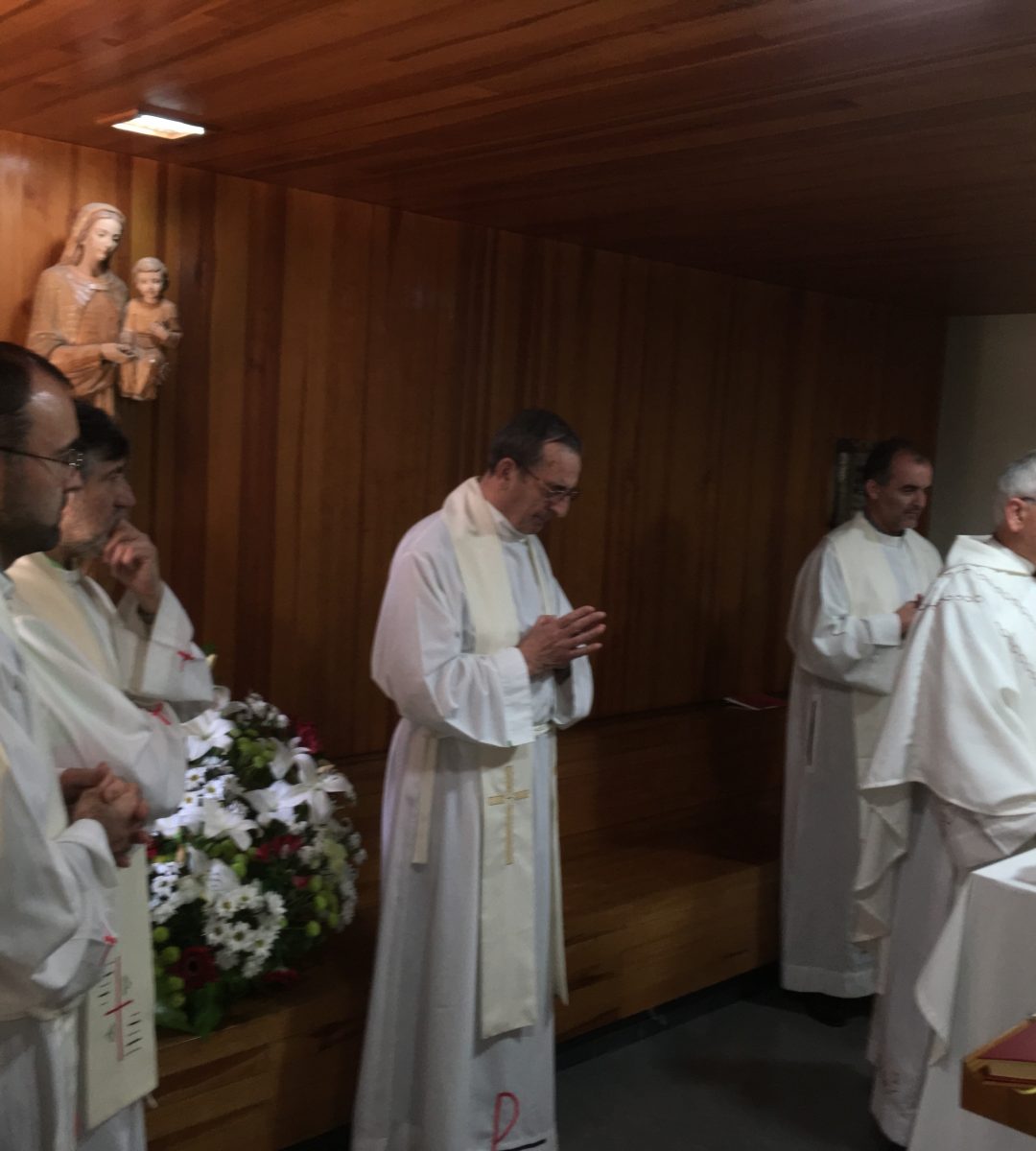 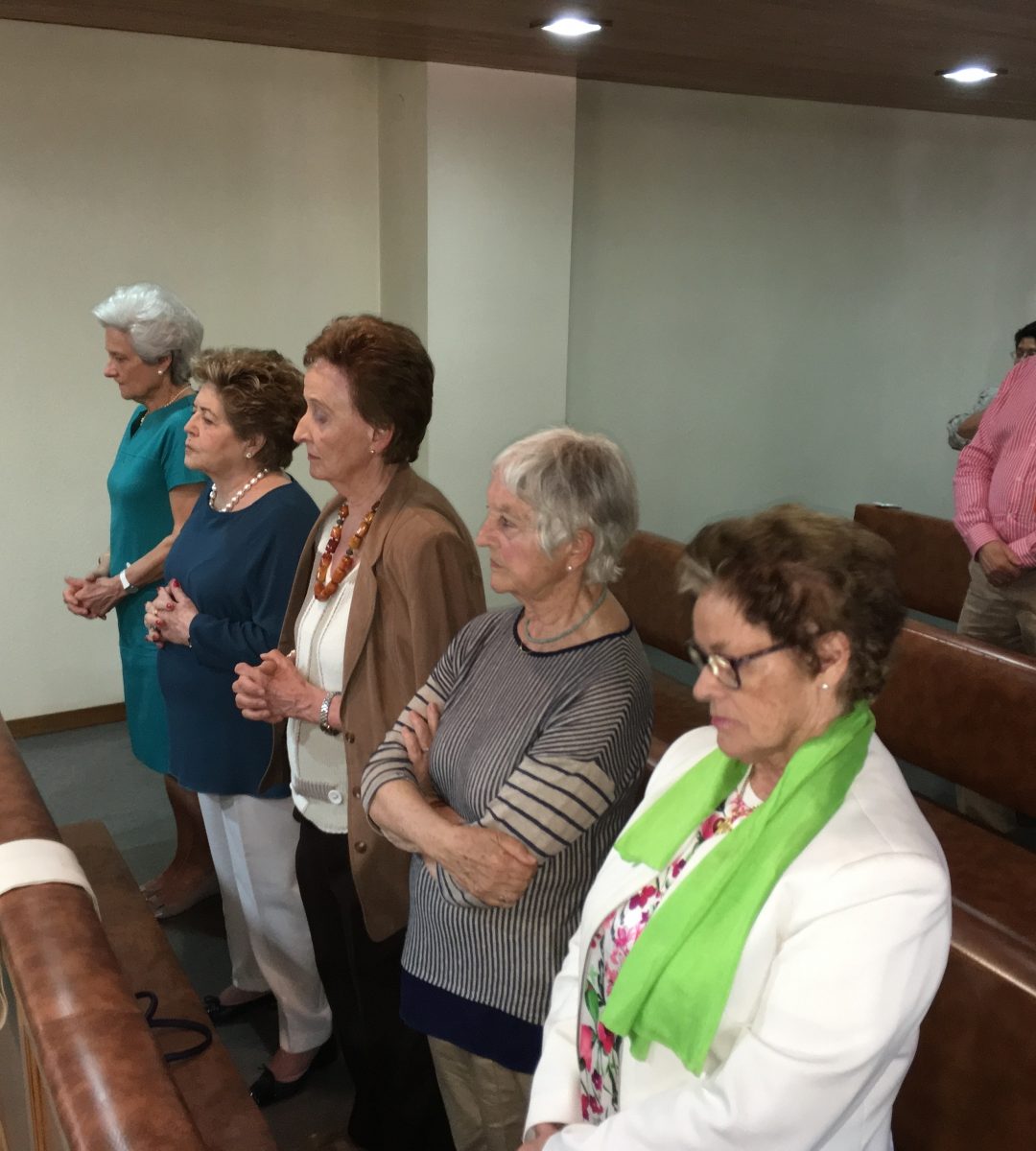 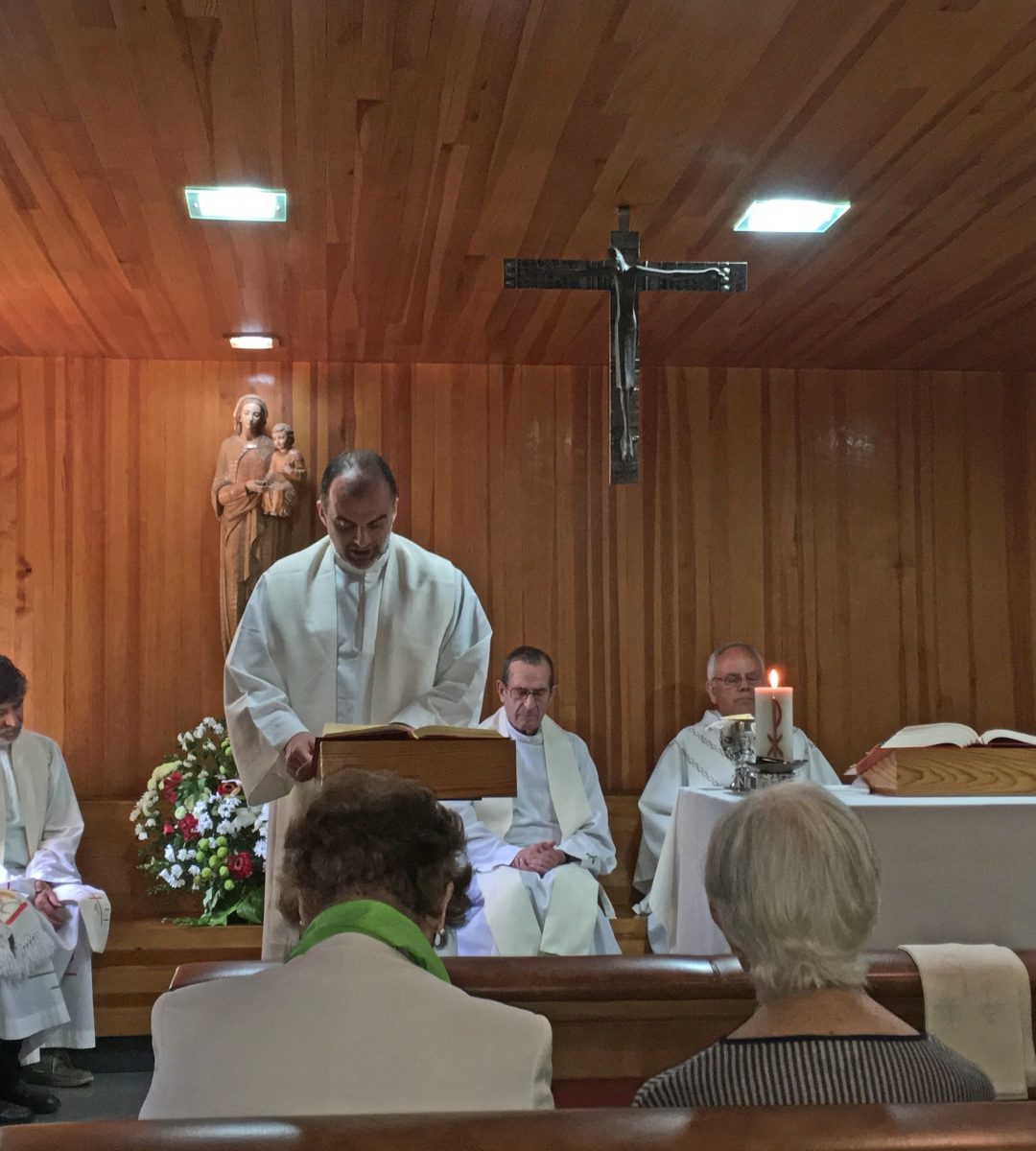