On August 13, 2017, José Anoz Gutiérrez, succumbed to death at the age of 74. For 31 years he resided in the San Ezequiel Moreno house in Madrid, in charge of the Avgvstinvs Journal and a member of the Institute of Augustinology of the Order.

On the following day a requiem Mass was offered presided over by Fray Rafael Mediavilla, Vicar of the Province of St. Nicholas of Tolentino at Santa Rita Church in Madrid. His remains were then brought to Monteagudo, Navarra, where Fr. Miguel Miro, Prior General of the Augustinian Recollects, officiated the funeral rites. Shortly afterwards the remains of Fray Jose were laid to rest.

Those who knew Fr. José Anoz can attest to his great love for God, for the Sacred Scriptures, for Saint Augustine and for classical music, among other things. He was a man of firm convictions and solid doctrinal foundations, endowed with a singular sensitivity and a luminous talent, joined by an exceptional memory and a strong will. Every day he would combine his work as secretary of AVGVSTINVS magazine with a couple of hours of study, be it about English, Hebrew, German or anything on St. Augustine. He was very grateful to the Order and all those who took care of him in his last illness.
Here is the chronicle written by Fray Enrique Eguiarte about Fray Jose:

It was very striking that being in the hospital of La Luz (Madrid) in the last week of his life, he kept remembering many of the psalms in Hebrew, and asking those who around what was the Hebrew verd used in a verse of a psalm, asking us to read a psalm in Hebrew, or a chapter of the gospel in Greek. Fr. José Anoz, after spending ten years dedicated to pastoral life, first in the Prelature of Chota (1966-1971) and later in Madrid, in the parish of Santa Rita (1972-1976), was sent to Rome, where he obtained a licentiate in Sacred Scripture from the Pontifical Biblical Institute in 1980. The imprint left by the four years spent in the Eternal City studying the Sacred Scripture would definitively mark his life, his thought and his spirituality. After finishing his studies in Rome, Fray José Anoz returned to the parish of Santa Rita for a new period of four years (1980-1984). Later he was assigned in the San Ezekiel Moreno House, where he began in what would be his second great intellectual passion: Saint Augustine. The four years spent in the house where the magazine AVGVSTINVS is published and the contact with the Library of the Institute of Augustinology of the Order of Augustinian Recollects further transformed Fray José into a lover of the works, thoughts and spirituality of St. Augustine. In 1988 he was sent to Zaragoza as parish priest of St. Monica Parish, but two years later Fr. José would return again to the house San Ezequiel, from where he would leave alone to meet the Father.

In his last days in the hospital, he not only sustained an unshakable faith in God, but also he would recall Augustinian or some biblical texts, or simply listen to some piece of classical music from among his recordings which he always treasured.

Perhaps the great contribution of Fray José Anoz to the Augustinian studies would be his translations. His great knowledge of the Augustinian Latin, as well as his untiring tenacity, made him capable of unraveling even the most intricate texts of the Bishop of Hippo. On many occasions we heard him say that he had spent a whole morning trying to translate a single paragraph of St. Augustine, and literally said that “he had been fighting hard with Hiponate.” And then he added with satisfaction, with that smile of his that never lost a taste of prelapsial innocence, “but I could, I could.” It is very important to point out that among the many translations made by Fr. José for the collection of the complete works of St. Augustine two were published by the BAC, and they stand out as a real feat. One is the translation of the Dolbeau sermons (published in its entirety in the year 2001 by the Augustinian publishing house), and the other is the translation of the last newly discovered sermons of St. Augustine, Erfurt sermons, found in 2008 by Clemens Weidmann , Isabella Schiller and Dorotea Weber. Fray José went to work, once we were able to get the necessary permission for free to do the translation of these sermons. They were published in two editions in the journal AVGVSTINVS in 2009 and 2010. It is necessary to say that these translations made by Fr. José had a great transcendence in the Augustinian studies at the international level, since they were the first translations of these sermons into the modern language. The translations into German and Italian, to mention only two languages would come many years later.

On the other hand, it is also worth mentioning the quality of the translations made by Fr. José, as well as the scientific rigor of the notes of his editions. In fact, on occasion, the famous specialist in St. Augustine and translator of the works of the Bishop of Hippo to German, Hubertus Drobner, wanted to have in his hands the edition and translation of Jose Anoz of the Dolbeau sermons, since he knew the quality and the precisión of the work.

And it would be long to give an account of all the essays and studies which Fr. Jose wrote about St. Augustine. However, there is one work that really brought him a lot of satisfaction. In fact in the last days of his life he remembered again, and asked to consult a part of that study. This is a chronology of the works of St. Augustine that Fr. José published in 2002. Knowing how tirelessly he dedicated himself to it with unbeatable resolve, we can presume the many hours he spent to get it done. His main concern was to provide the supporting data to justify the systematic chronological designation of each work. Although it is true that the work of Fr. José finds many detractors, there is no doubt, as the known agustinólogist Nello Cipriani recently acknowledged, his work is the product of a serious and systematic research, although possibly the claims may not be as apodictic as Fr. José himself might have thought.

But not only Augustinian and biblical studies occupied his mind and heart. All of us who had the pleasure of meeting him knew that Fr. José was a lover of music. Being in the hospital the last week of his life, he repeatedly asked those who accompanied him to search the internet for a certain melody to listen to, in a particular historical recording. His fine sensitivity led him to enjoy and vibrate in a very special way with classical music, particularly with the opera. His taste for Alfredo Kraus, Maria Callas and “La Tebaldi” were proverbial. The list of his favorite composers would be long to write down, and includes great composers of all time, particularly Mozart, Verdi, Wagner, Rossini, Bellini, Massenet, Puccini and many more.

And if we were to mention an experience that marked his life, it would be necessary to speak of the first fruits of his priestly life, lived in the Prelature of Chota (Peru), where he was from 1966 to 1971. Fr. Jose did not get tired of saying that there he saw a Church being born and springing forth from its foundations, and was firmly convinced that he had gone to the Prelature of Chota with the intention of evangelizing, but ended up being evangelized by those poor “cholitos” who taught him why they who are poor in spirit are blessed and why the kingdom of heaven is theirs. This was for Fr. José an experience that left a deep mark in his own life and spirituality, and never forgot the great lesson learned among the simple “cholitos” of Chota.

But above all, Fray Jose was always a shepherd of souls and preacher of the kingdom of heaven. He prepared with great care his Sunday sermons, devoting long hours to study and research, seeking to do what he called an alternate preaching, that is, one year to preach on the first reading, another on the second or the psalm, and another on the gospel. His powerful, well-timed voice gave the deep ideas expressed in his sermons good impact and consistency. And in his pastoral and ecclesial work, he did not cease even when he was in bed in the hospital during his last illness. And being in the hospital, a nurse, after having given him an antibiotic, felt so at ease with Fray Jose, who told her that she had no faith. Fr. José, without any scandal or assuming an inquisitorial or preacher tone, but with the most simple and fraternal words and the kindness that always distinguished him, made her see what it was to have faith, and why he believed and had faith. The nurse was amazed at the answer, and she only looked at him, her eyes wide open, and she was surprised at the words of Fray José.

And if there was anything that he wanted the whole Augustinian Recollect family to know and that everyone should know, it is that he felt deeply grateful to the Order and particularly to his community and his brothers, for they had never left him alone, did not cease to lend him all the attention and services that he needed until the last moment. And he never tired of repeating it and saying that he was deeply grateful to everyone. And he said that God had a cell phone with him and took pictures of what we did for him, and then He should reward us when we reached the kingdom of heaven. And surely now that Fr. José has arrived, God must have seen the photographs that He had on His cell phone, and for all his good deeds He will have already admitted him in the company of St. Augustine and all the saints in heaven.

The following is a bibliography of Fray José Anoz, without any pretension of being exhaustive: 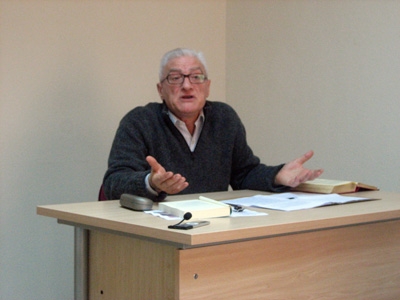 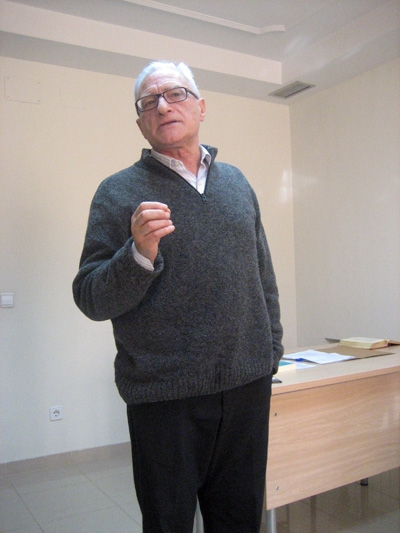 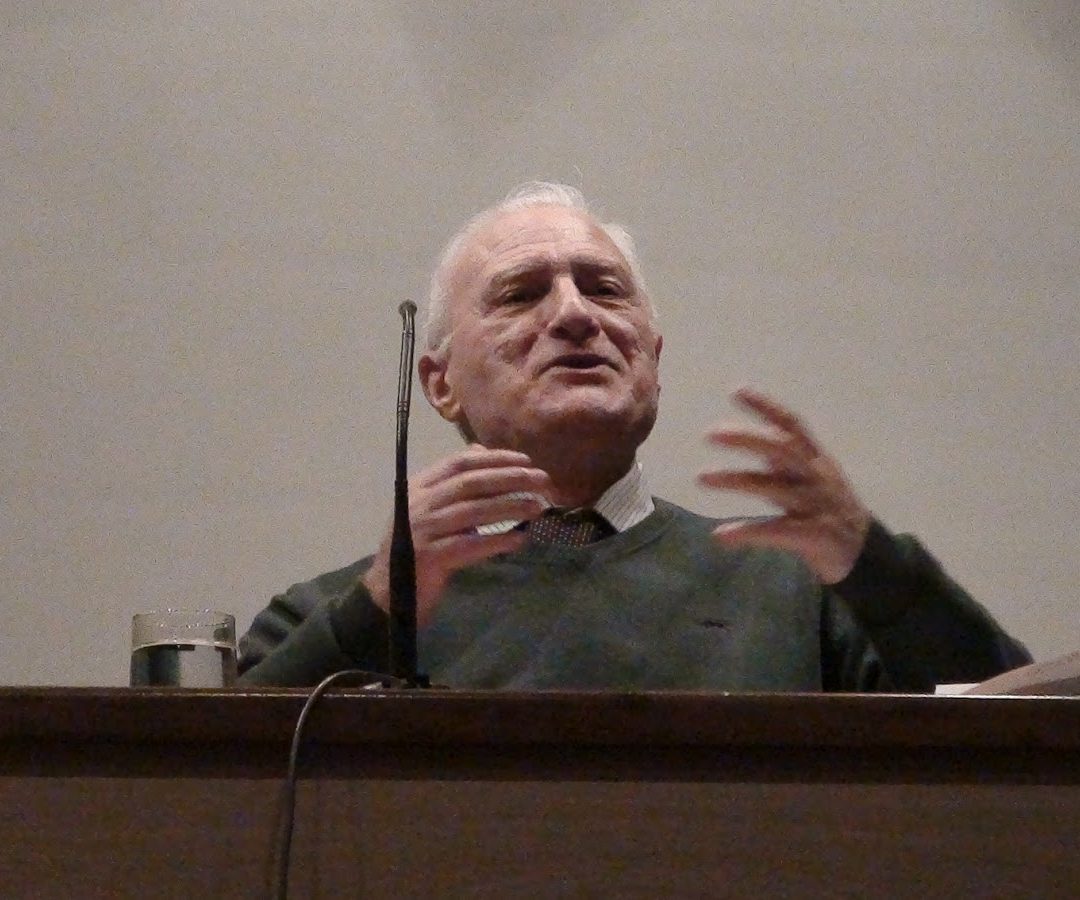