The lives of Juana Tenorio Ramírez and Maria Zélia Rodrigues have been linked from the beginning to the Order of Augustinian Recollects, always with the affection and love of the religious.

The Prior General recently appointed three new brothers general of the Order. Together with Cardinal Baltazar Porras, two women with simple stories but full of love and affection received this recognition. Juana Tenorio Ramirez and Maria Zélia Rodrigues are closely linked to two communities of Augustinian Recollects in Peru and Brazil.

Without doing anything extraordinary, from the ordinary of each day, their lives have remained united to those of many religious who consider them part of the Order. Without being religious, they love the Order and spread it through their fraternity. 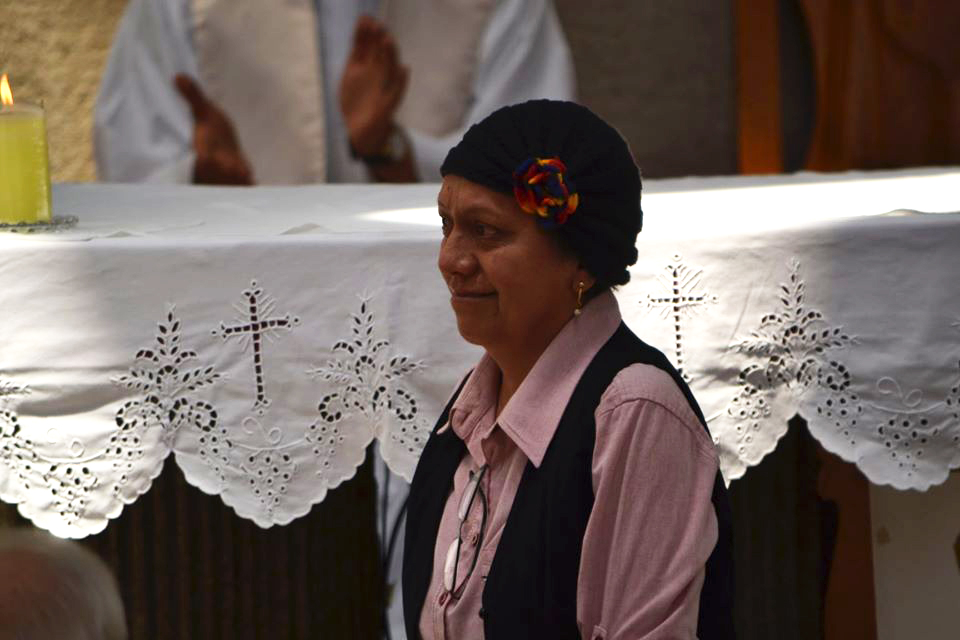 Cheerful and helpful in illness

Juana Tenorio Ramírez has been serving as the person in charge of cleaning in the community of Santa Rita de Casia, in Miraflores, Lima, for more than 30 years. At the age of 19 she began the work that she still carries out today. For her, daily work is a selfless dedication to the religious. Although she has her own schedule and salary for her work, as is only right, she has never considered them as limitations to be with the Augustinian Recollects, always kind, respectful and humble.

Her story is even more heroic since 2005. Since then she suffers from a nearly terminal cancer, which initially affected the breast and has already generated metastasis in various parts of her body. However, although she is still undergoing chemotherapy after three operations, Juana wants to continue the routine of her work and continue to be with the Augustinian Recollects.

The religious who live in the community say that she always has a smile and is rarely seen sad. Although she is currently hairless and very weak, her vitality remains intact. In recognition of her situation, but especially because of the enormous attachment of the religious to Joan, the Prior General admitted the request to name her Sister General as a beautiful gift for a whole life of service and love. 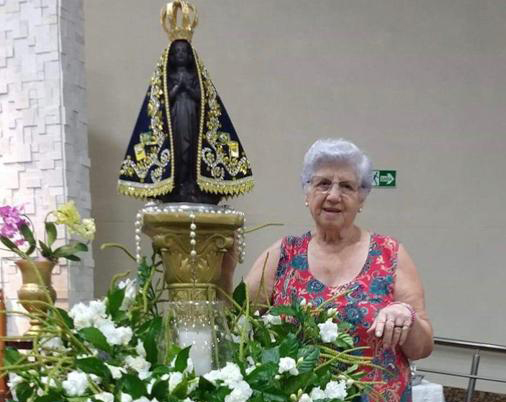 Maria Zélia Rodrigues Carrijo remembers the House of Formation Our Lady of Aparecida, in Franca (Sao Paolo, Brazil) when it was Capelinha (as it is known today) and was reduced to a small chapel. He saw how the convent was built and the great towers of the new temple. All her life she has been a selfless benefactor of the religious community living there.

Such is her affection for the friars that everyone knows her as “Aunt Zélia”, although more than an aunt, she has always been a mother to all. In sickness, because she has taken care of the religious who were sick and has provided them with remedies to make the bad times more bearable; and in daily life, by showing her affection and concern for the life of all the young people in formation and the Augustinian Recollects who live in this community.

For her, “Capelinha is my second family”. The religious are her “friar sons”. Many of them have even come to her house in their free time to be with what they consider their “second mother” and to listen to her advice. He tells them all that in the community there must be “unity and love” and no one can feel excluded. He asks the formators of the house to “understand each one of the formandi; each one brings a different story”. He tells them all to live with a “human heart.

His life, like that of Joan Tenorio, has been linked from the beginning to the Augustinian Recollects. Because of their affection and unbounded affection for the religious, the Order has granted them the recognition of Sisters General, given to “those faithful who distinguish themselves as distinguished benefactors of the community”, as indicated in the Constitutions of the Order of Augustinian Recollects.