The Eucharistic miracle adored by the Augustinian Recollect Sisters in Venezuela

The Augustinian Recollect Sisters of the Heart of Jesus guard in Los Teques the bleeding host, the best known Eucharistic miracle in Venezuela.

In a simple monstrance holding an image of Mary in their arms, the Augustinian Recollect Sisters of the Heart of Jesus keep in their general house in Los Teques one of the best known and most important Eucharistic miracles in Venezuela. It is the bleeding host: a host with bloodstains still fresh and from which, according to tradition, blood emanated when it was broken into four parts. Thousands of pilgrims come to the small chapel of the ARCJ where it is in perpetual adoration to contemplate this fact and to venerate the Blessed Sacrament in this surprising way.

It all goes back to 1991. Father Otty Ossa Aristizábal officiated at Finca Betania, located in Cúa, Miranda State, the vigil of the Immaculate Conception on December 8th. According to the priest and the minister of the Eucharist, Guillermo Padrón – who also contemplated the miracle – when the host was broken into four parts and left again on the paten, a red stain emerged from which a red substance began to emanate in the same way that blood comes out of a wound. “Seconds before the bleeding of the Host and in full consecration, a ray of white-blue light coming from the sky pierced the roof of the ancient little chapel and illuminated the Host,” says Guillermo Padrón. 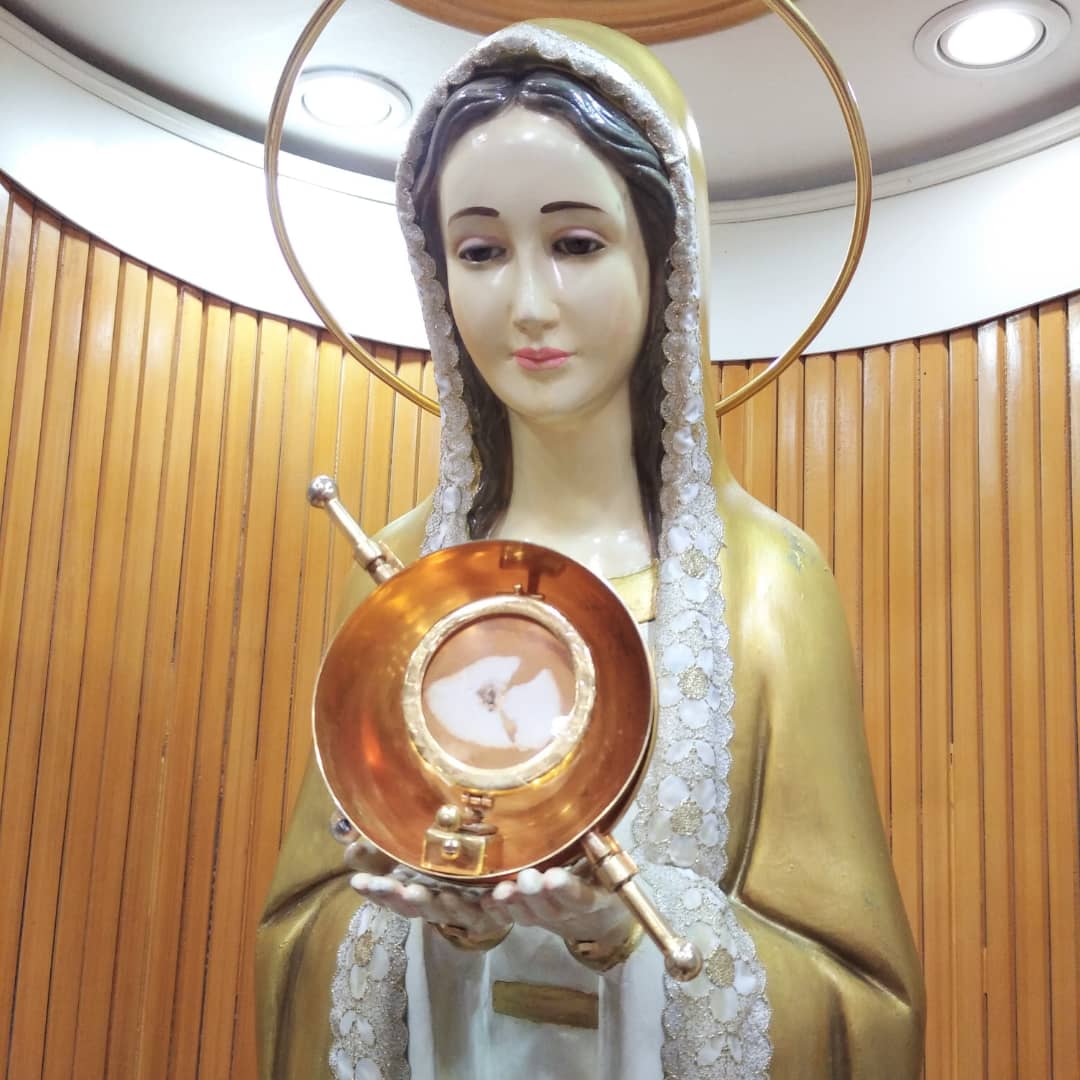 No explanation for science

The priest took the host after the mass and protected it. “The next day, at six o’clock in the morning, I looked at the host and found that the blood was flowing and then it began to dry,” explained Father Otty Ossa. Up to three special studies on the host concluded that it was a miracle: the blood was human and belonged to the same blood group -AB- as the remains of other Eucharistic miracles in other parts of the world. Dr. Daisy Cañizales, who directed one of the studies, said: “At the moment when it was my turn to determine the species, I felt a lot of anguish because when I tested positive and confirmed that the blood was human; an internal conflict began in me, thinking that if I said that the blood was human people would not believe in God, because they would think that the Church was a pure lie. I had no idea of the two natures of Jesus: true man and true God.

A few months later, in February 1992, the Bishop of Los Teques, Monsignor Pio Bello, approved the miracle: “I declare for my part that there are sufficiently valid reasons to admit the miraculous fact of the bleeding of the host in Finca Betania”. Then, the bled host was moved to the Cathedral of Los Teques, but the number of pilgrims increased significantly and it was not possible to establish safe logistics to receive everyone. Therefore, Monsignor Bello granted the custody to the Augustinian Recollect Sisters of the Heart of Jesus. 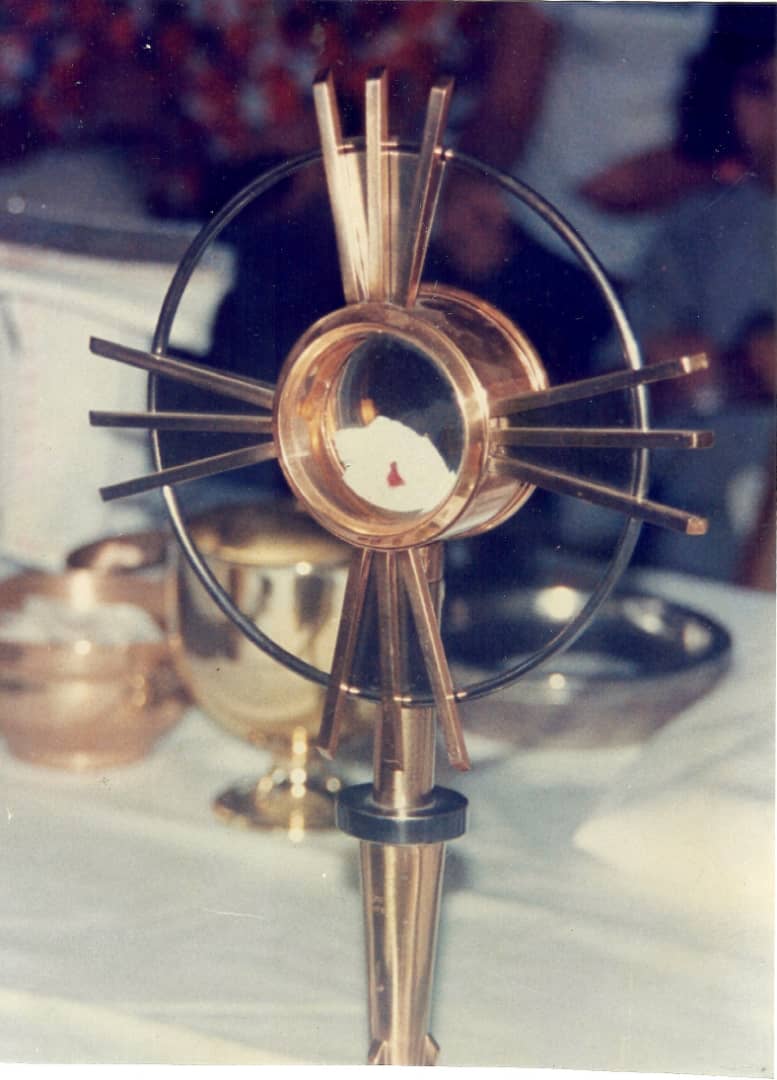 From the nuns’ house came the host. Father Otty asked the nuns to collaborate with him in making large and small forms for the Eucharist that he was going to celebrate in Finca Betania. When he handed out the boxes with the forms, Mother Agueda told them: “Be careful with the forms when you move them to Betania; remember that Our Lord Jesus Christ will be in each one of them”.

Currently the host, which is kept in perfect condition, is in perpetual adoration in a chapel of the nuns. The chapel, which is called ‘The Transfiguration of the Lord’, was inaugurated in 2011. Since then, pilgrims from Latin American countries, the United States, Canada, Europe and even Japan have passed through it. Since then, Augustinian Recollect Sisters of the Heart of Jesus and pilgrims have asked the intercession of Jesus made Eucharist for the needs of the world, the Church and Venezuela.