Since August 3, the professed of the two houses of formation of the Order in Spain (Monachil in Granada and Las Rozas in Madrid) have been meeting in the Monastery of San Millán de la Cogolla (La Rioja, Spain) to continue their formation. It will be three weeks to deepen their own Augustinian formation following the Itinerary of Augustinian Recollect Formation (IFAR).

The first week was coordinated by the Augustinologist Enrique Eguiarte who focused on the fundamental elements of Augustinian spirituality. Eguiarte, director of the journal Avgvstinvs, professor at the Patristic Institute Augustinianum in Rome and internationally recognized speaker, presented the influences of St. Augustine and his subsequent contributions to Christian spirituality. He insisted on the steps that constitute the dynamic of Augustinian interiority, the importance of the Psalms for St. Augustine, the concept of “beggars” of God that gives meaning to prayer of petition, humility and the Eucharist. In his presentations, in the form of a workshop, he combined theory with community sharing and putting it into practice through moments of contemplative prayer. For reflection, they focused on two articles on St. Augustine as a shepherd, the priesthood as a gift, and the shepherd of souls as a servant from the Augustinian commentary on Psalm 91. 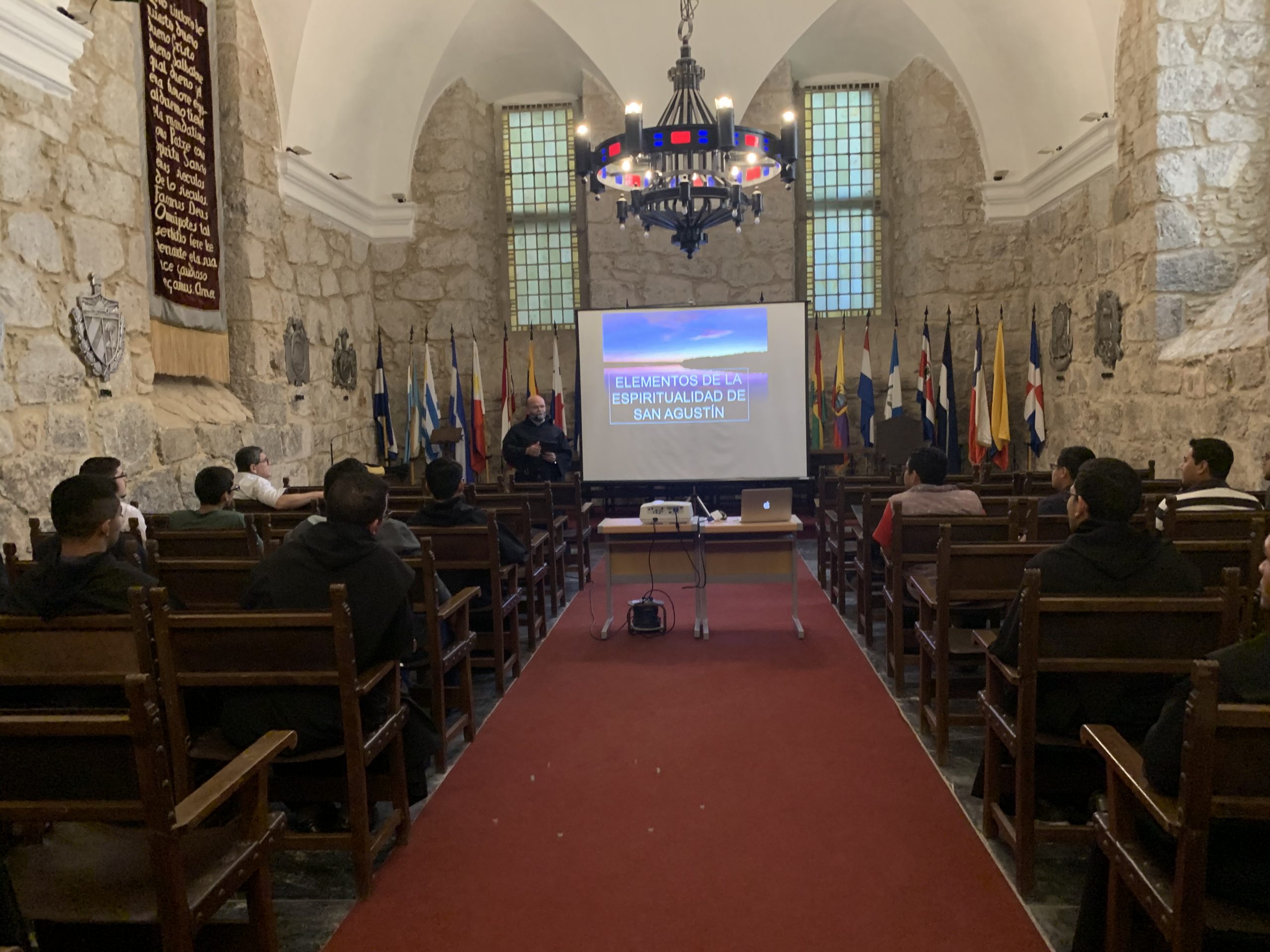 INTERIORITY AND COMMUNITY AS FUNDAMENTAL ELEMENTS

For the second week, coordinated by Carlos González, interiority was taken as a theme for reflection and deepening. González, a member of the team coordinating the workshops and a formator in the House of Formation in Las Rozas (Madrid), developed the workshops that allowed the professed to know and experience more intimately the Augustinian proposal of interiority. As Bruno D’Andrea, another member of the coordination team and formator of the House of Formation in Monachil (Granada), pointed out, “during these days we have deepened, formandi and formators, some important elements of the spirituality of St. Augustine and, above all, we have been able to share much about the process of Augustinian interiority. Not only theory, but personal experience. To do this by sharing with the formandi of the two houses of formation that we have in Spain is, without a doubt, a richness”.

Besides the time of strictly Augustinian formation, these weeks give much importance to community living and time sharing, both in prayer and recreation. The professed were able to learn more about the history, tradition and cultural, architectural, literary and religious richness of the Monastery of Yuso, and also to visit nearby places like the city of Burgos or the Monastery of Valvanera.

SPIRITUAL EXERCISES AND THE UPCOMING START OF THE ACADEMIC YEAR

The third week, starting on 17 August, the spiritual exercises will begin, directed by the Augustinian Recollect José Manuel González Durán, linked for years to formation in different stages, a specialist in moral theology and also known for his facet as a singer. Part of his recordings can be consulted in the site Durán Musical.

The religious in initial formation in Spain come from seven different countries: Brazil, Mexico, Argentina, Venezuela, Costa Rica, El Salvador and Peru. At the end of these weeks of their own formation they will return to their respective formation communities (Granada and Madrid) to resume the university academic year.

The community of San Millán de la Cogolla has welcomed this new edition of the days of proper formation, organized by the General Secretariat of Spirituality and Formation. The Monasteries of Suso and Yuso in San Millán de la Cogolla were declared World Heritage by UNESCO on 4 December 1997, for historical, artistic, religious, linguistic and literary reasons