A special prayer to the Lady of Guadalupe

The Virgin of Guadalupe is venerated in many places in a special way. Also in Rome, specifically in the Church of San Ildefonso and Santo Tomás de Villanueva, you can visit a chapel where, according to Pietro Bombelli, the first representation of this Marian devotion that arrived in the city is preserved.

Normally it is the tourists who come to visit the image, but on the morning of August 7 a representation of the Mexican Embassy to the Holy See, led by Ambassador Don Alberto Barranco, had the opportunity to pray, also from Rome, before the Mother of the Americas. The Mexican delegation was received by the Prior General, Miguel Miró, together with other members of the General Curia and the community of the International College of St. Ildefonso and St. Thomas of Villanova.

The Prior General presided at the prayer to Our Lady, keeping in mind his desire for peace and protection in the face of the present difficulties that our world is experiencing, especially the Mexican people. For his part, the Mexican ambassador to the Holy See gave the Prior General a copy of the book on Vasco de Quiroga, the first bishop of Michoacán and a great defender of the indigenous people.

The cult of Our Lady of Guadalupe began in Mexico in 1531, after the apparition of the Virgin to a poor Indian: Juan Diego. In 1895 Pope Leo XIII had the image crowned and on August 24, 1910 St. Pius X proclaimed her patroness of all Latin America.

According to Pietro Bombelli, an Italian engraver and painter (Rome, 1737-1809) this is the first image of the Virgin of Guadalupe to arrive in Rome. It was painted in Mexico and brought to this city in 1672 by an Augustinian Recollect religious. In this painting, the author describes the moment in which the Indian Juan Diego showed his ’tilma’, a characteristic Mexican cloak, before Bishop Zumárraga, who had asked him for proof of the veracity of the apparition of the Virgin, before erecting a temple in her honor. The sign was the discovery of some beautiful roses that, out of season and in an arid place, Juan Diego found and collected. The Virgin arranged the flowers and gave them to Juan Diego so that, without touching or showing them, he could take them to the bishop. In front of him the roses fell to the ground as he knelt, noting that on the poor ’tilma’ was painted an image of the Immaculate Conception, as the Indian had described it.

On the walls of the church of San Ildefonso and Santo Tomás de Villanueva there are four other paintings that reproduce some scenes of the apparitions of the Virgin to Juan Diego on the hill of Tepeyac. 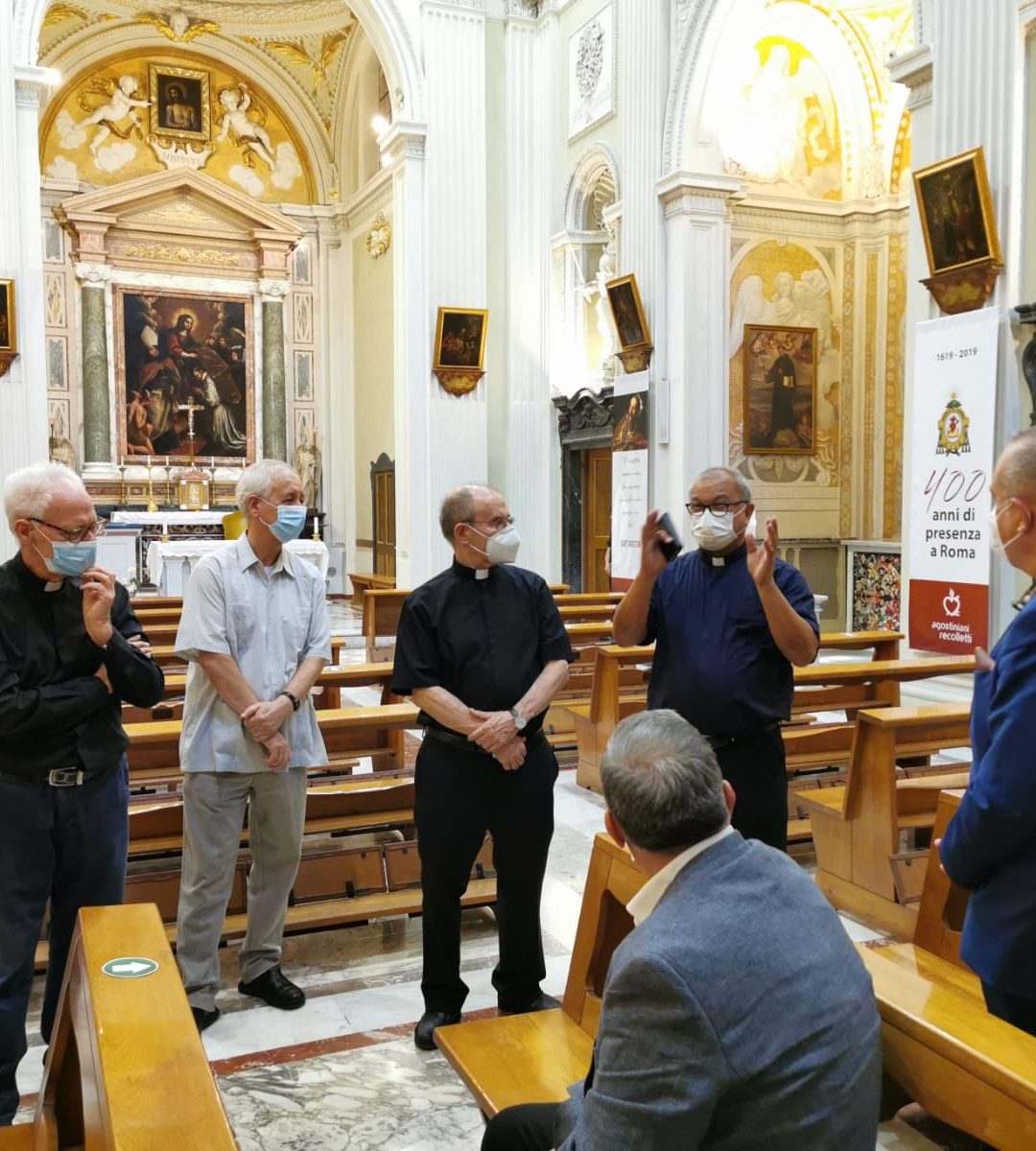 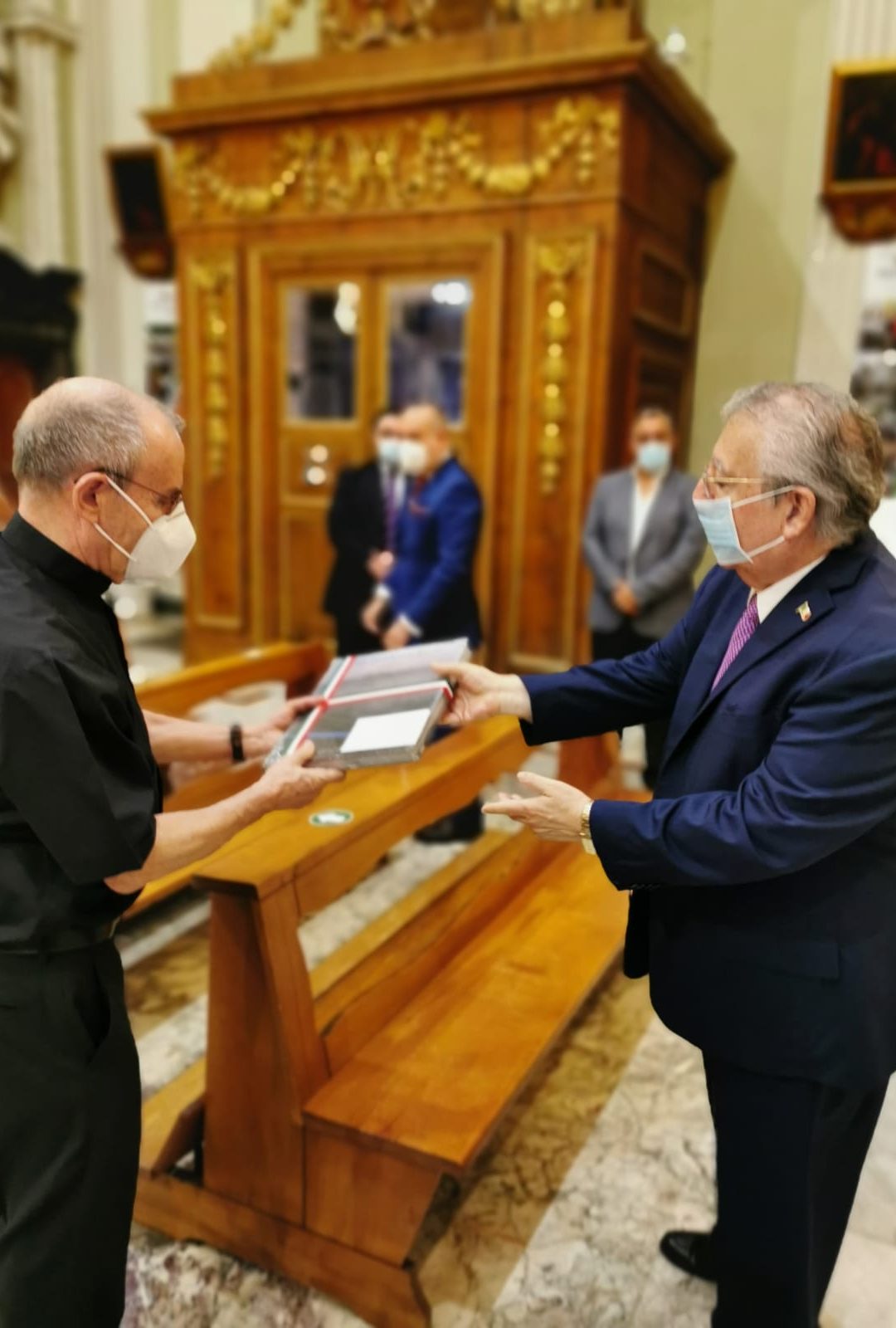 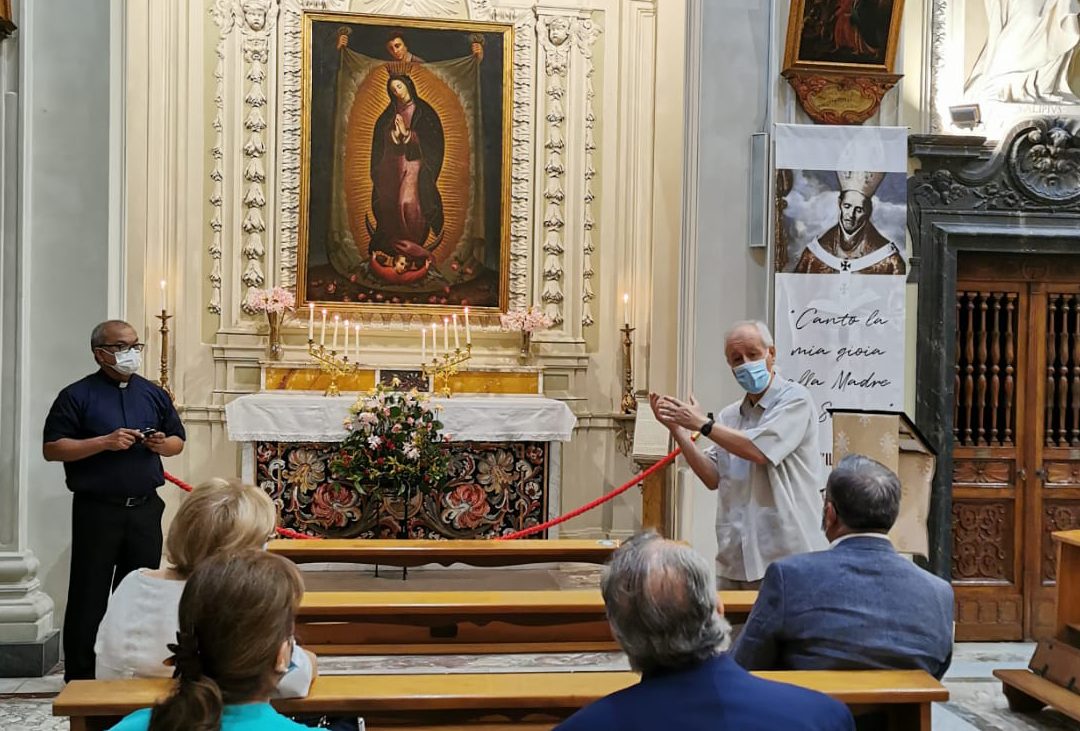