The Order of Augustinian Recollects has ended its work in the parish of Our Lady of Hope in Valencia after 40 years of commitment to the Church and society.

A few days ago, the Augustinian Recollect Luis Martinez and the religious who have lived with him until now closed the community that served the community of Our Lady of Hope Parish in Valencia. There will no longer be any Augustinian Recollects in the house. The Order decided to conclude the work in the city on the east coast of Spain and hand over the parish to the archbishopric. The difficult decision closes a path of experiences and stories, but opens new doors and new opportunities.

Now, the mission has concluded. The provincial chapter of Our Lady of Candelaria Province, held in 2018, agreed to study the continuity of the last of the four presences that the Order came to have in Valencia, as part of the restructuring process. Lorenzo Pérez de Eulate, Vicar Provincial in Spain, explains that “it was not possible to meet the requirements”. The decision was motivated by the advanced age of the religious, which made pastoral commitments difficult. The religious have been relocated to other communities. In this way, they will be able to “better attend to other tasks,” says the vicar provincial in the country. “It is difficult for us to leave, but it is admitted with maturity and acceptance,” indicates Teodoro Baztán, who was in this community for a year and a half.

The Valencians have felt the march of the Augustinian Recollects. The people who participated in the life of the parish were mostly immigrants, both Spanish and foreigners. After the Civil War of 1936, the streets of the Benicalap neighborhood had been inhabited by people with few resources who lived in buildings constructed by the archbishopric of Valencia during the post-war period, as indicated by the Augustinian Recollect Felipe Sada. Luis Martínez recognizes the affection they have received from the faithful, who in turn “have felt the closeness of the religious”, as Teodoro Baztán points out

All of them have fired the religious with emotion and pleasure for their work during these years. Dozens of people accompanied the friars in the farewell Mass celebrated on November 31. As a gesture of gratitude, last Thursday the Cardinal of Valencia, Monsignor Antonio Cañizares, gave the Order a replica of the Holy Chalice that is venerated in the Valencian cathedral. 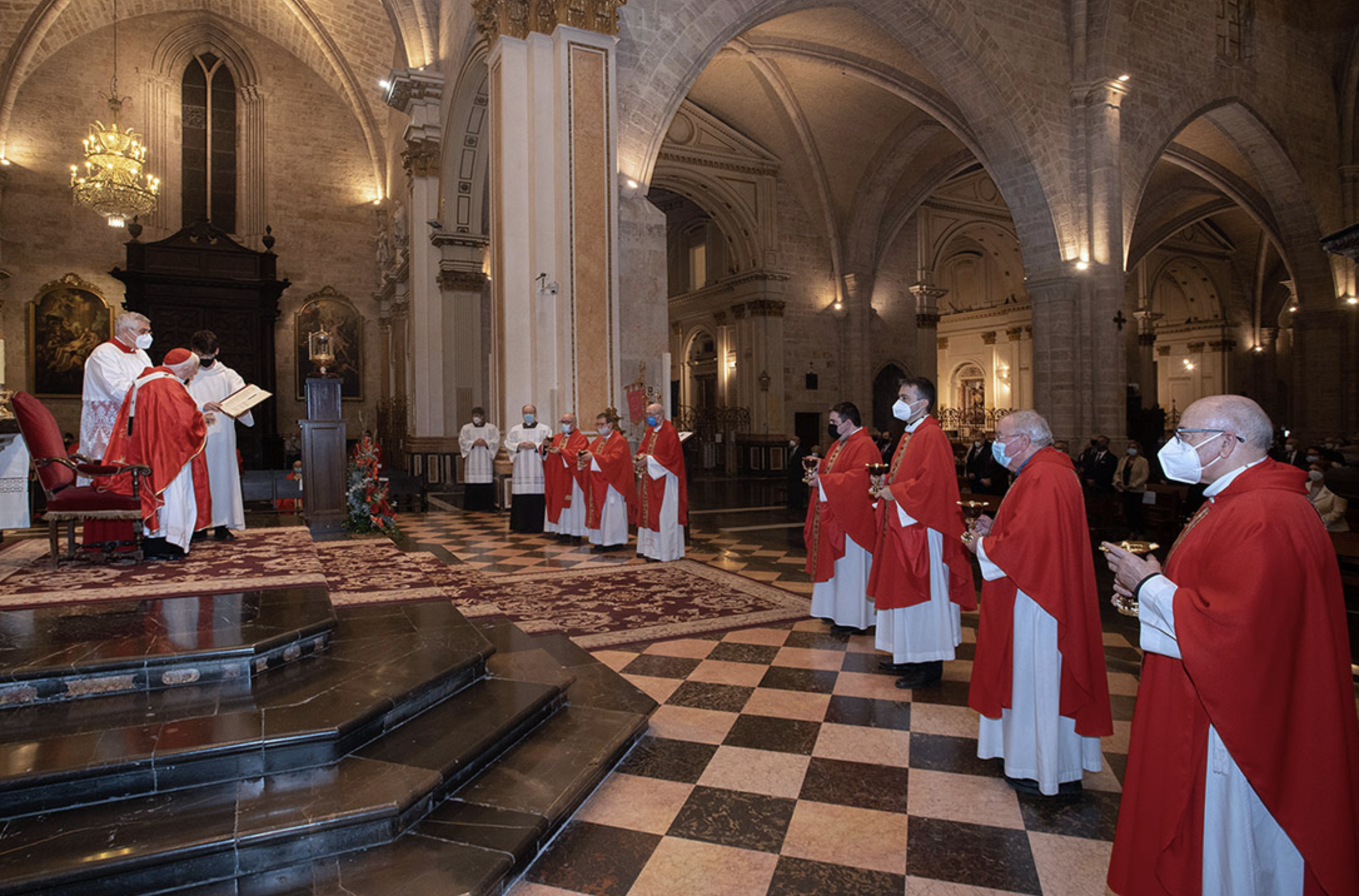 After 40 years of history, the religious take a pleasant memory. Luis was one of those who founded the community of Beniganim in 1965, the first in Valencia, and now he has been the prior of the last community. Now he has the years lived and the history written. He especially remembers the beginnings in Beniganim. The parish had been destroyed in the Civil War. The religious rebuilt the temple and erected a new altarpiece for the church. “There are many positive things that have been done in all these years,” he says.

Felipe Sada remembers the relationship that they cultivated in Torrente with the religious Dominicans. Personally, Valencia has marked him a lot after spending much of his life there. From the Dominican Republic he assures that he considers himself almost Valencian: “I have felt very welcome and very identified in this region”. Here he was in charge of initial formation, attended to pastoral work and gave spiritual advice to religious life, among other things. “I don’t understand Spain without Valencia”. The life of Luis Martínez is not understood without Valencia either. After so many years, the people of Beniganim greet him when he walks through their streets.

The door of Valencia has closed. Other communities in Spain have opened their doors to welcome the religious who worked in Valencia – Luis, Fermin, Jose Antonio and Enrique. In them, the Augustinian Recollect charism will be experienced more intensely, complemented by the stories lived during these years.