Jesus is born with the Augustinian Recollect Nuns

The nativity scene exhibited in the Convent of the Incarnation in Madrid reproduces the scene of the birth of Jesus along with a small-scale reproduction of the historic building.

At Christmas, God is born on every corner. In stores, parishes or houses you can find small representations of the mystery of God’s birth. In the case of the nativity scene exposed in the Monastery of the Incarnation, of the Augustinian Recollect Nuns in Madrid, it is real. The beautiful set of small figures reproduces the coming to the world of the Son of God together with the reproduction, on a small scale, of the historical building of 1616 next to which the manger is represented. The beautiful work is framed in the history and art that gathers within its walls the convent founded by the venerable Mother Mariana de San José.

The nativity scene – of great artistic value – shows various everyday scenes framed in the building’s surroundings. The façade of the church and the monastery is reproduced, as well as the annexed buildings. All this makes up a realistic and close image that leads to the most important scene: the birth of Jesus.  The Nativity scene portal is located to the left of the building. In a building in ruins is the mystery of the Nativity, made by the nativity scene maker José Luis Mayo. The image shows Mary next to the Child, wrapped in swaddling clothes, and St. Joseph sitting in the distance.

The ensemble also represents the announcement of the angel to the shepherds, which takes place in the atrium of the Church of the Incarnation. The Magi from the East also come to the scene, advancing among the people who perform daily actions, as shown by the small figures. All this contributes to recreate a square in a scenario inhabited by shepherds, water carriers and washerwomen made in workshops of the 19th and 20th centuries. Patrimonio Nacional, responsible for the conservation of the monastery that has the title of Real, will keep the nativity scene until January 10th. 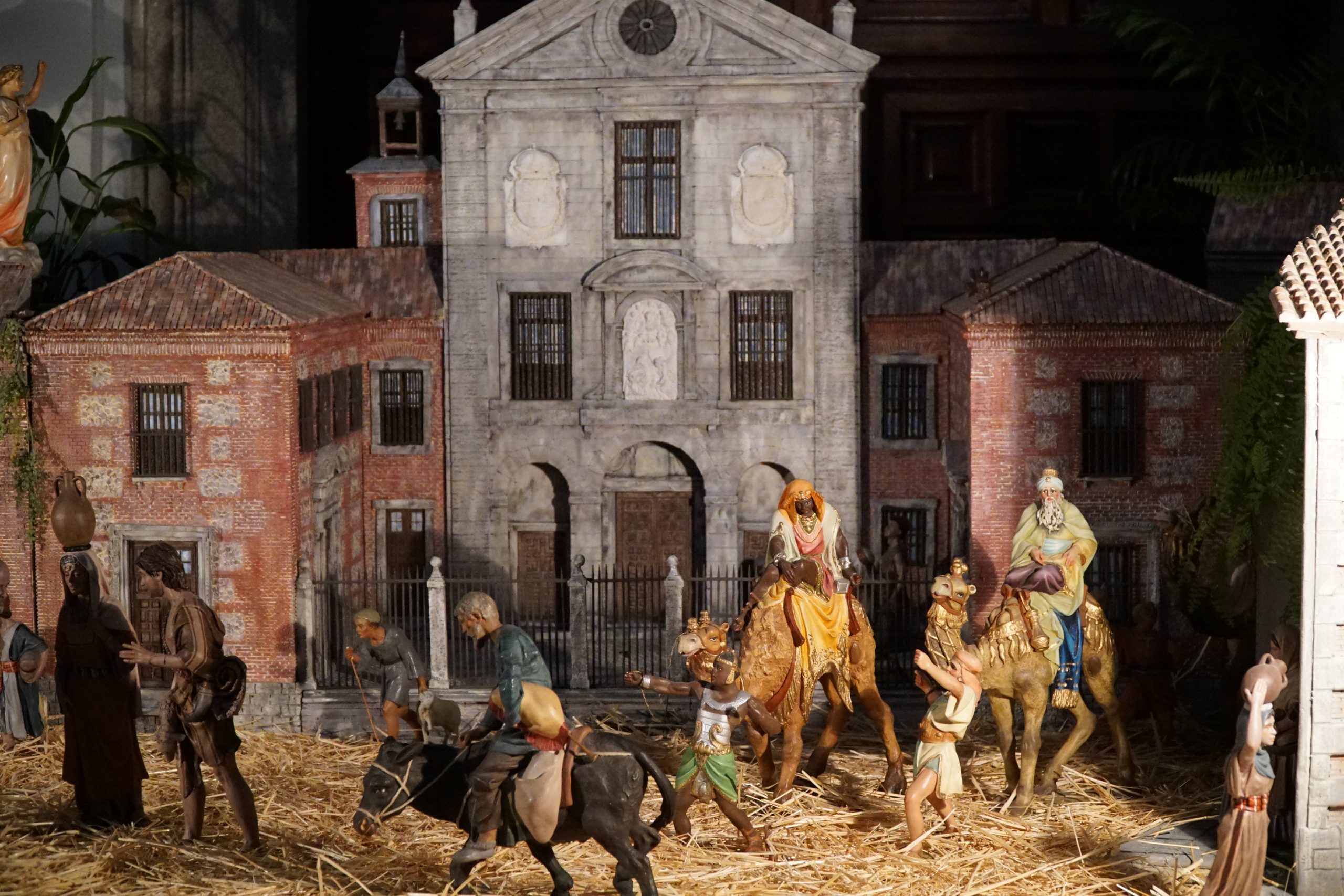 Centuries later, the Augustinian Recollect nuns continue to live the 1588 Recollection in the monastery. During these months, their church will be visited by thousands of people who will contemplate the beauty of the building and the small representation of the mystery of the Nativity next to the convent.