Honoris causa for work and talent

The Augustinian Recollect Reynaldo Jaranilla has received the honorary degree in film and television after months of work at the Augustinian University of Bogota.

Frei Boyax, as he is familiarly known, arrived in June 2018 in Bogota from the Philippines. His stay in Colombia had two objectives: interprovincial collaboration between the Province of St. Ezekiel Moreno and the Province of Our Lady of Candelaria, and learning the Spanish language. Since then, Reynaldo Jaranilla has been gaining the trust of the people thanks to his sympathy and his work.

The Augustinian Recollect has excelled in the area of film and television because of his training in information technology, audiovisual management, cinematic arts, music, media, social media and other allied disciplines. Among his valuable contributions at the university are training the custodians of the Augustinian Media Center (CAM) television lab, who in turn pass on the knowledge to instructors and students; collaborating in the renovation of the new broadcast studio; and sharing innovative workflows for mobile multi-camera broadcasting. 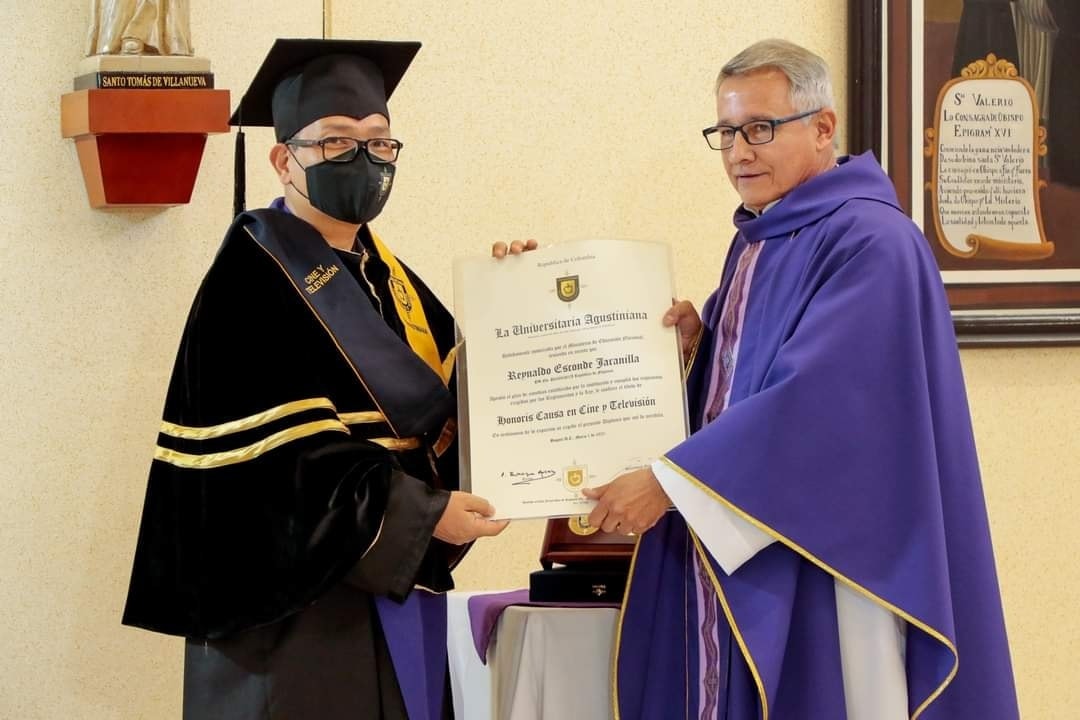 Four days before his return to the Philippines, the Uniagustiniana presented the award to Reynaldo Jaranilla. The Rector of the University, the Augustinian Recollect Enrique Arenas, presented the diploma together with the Secretary General of the Uniagustiniana, Ricardo Rojas, and the Dean of the Faculty of Arts and Culture of Communication, Edward Lozano Martinez. During the Eucharist, the Rector defined him as a “man of great talent”.

The religious is the first Filipino Recollect to receive such a degree from a Recollect university abroad, approved by the Colombian Ministry of National Education.