“Normal lives” can change even on the bus

Randy Josué Campos had a life he considered normal, but his heart was restless because nothing satisfied him, until he finally found the answer to his doubts.

Randy José thought he would live what for him was a “normal life”. For him and for many people, normal was what he was experiencing. He had a girlfriend and was studying the college degree he wanted, at the university he wanted. His dreams were coming true: he hoped to have a family and pursue the career he had always wanted. “I felt like I was fulfilled with someone by my side.” Everything was fine, or so it seemed.

Randy Josué Campos was born in Alajuela, Costa Rica, in 1995. He grew up next to the Nuestra Señora del Carmen Parish that the Augustinian Recollects run in his city. His parents were believers and very active in the life of the temple, so Randy knows the faith and the church since his first months. “In communion catechesis I felt very much called to stay in the Church for a long time,” he recalls. And he is well on his way to that: since August 2020 he has been part of the group of young men making the novitiate in Monteagudo (Navarra, Spain). The call can come at any time, when it seems that everything is going according to plan.

After receiving communion, once he got older, he decided to become a catechist. He dedicated himself to this work for eight years, teaching the little ones the faith. In this way he himself grew in faith and in the knowledge of the Church, through the Augustinian Recollects. He helped as much as he could in youth ministry and parish Eucharistic celebrations. “I was very happy but very restless, for it seemed that my thirst was not quite quenched.” Like St. Augustine, Randy could not fill that emptiness with anything. His heart was restless and he could not find answers as he navigated the sea of doubts. 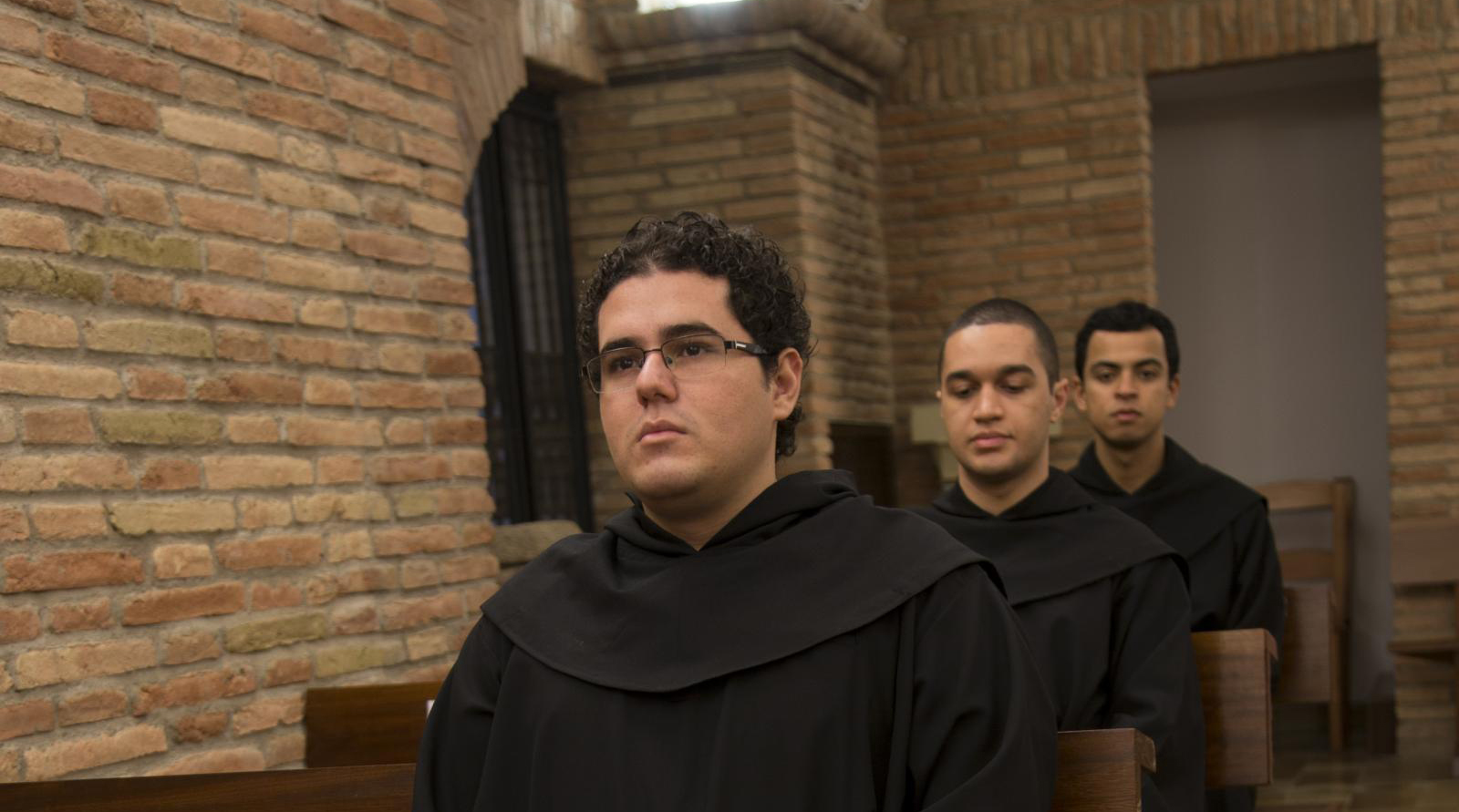 Doubts about the future were intensifying. Randy thought he had a clear future, but it was not the future that God wanted for him…. “Inside me something was moving, asking more of me but I didn’t know what else to give.” Until one day he realized it. He was sitting on the bus on his way to the university. As he did every morning, he spent the trip praying and thinking. It was there, surrounded by people looking at their cell phones or listening to music on their headphones, that he found what he was looking for: God was asking for his own life.

The next step was not easy, but Randy dared: he left the university, his girlfriend and his plans for the future. Guided by the Oblate Sisters of Providence, he decided to enter the St. Ezekiel Moreno Formation House, in Pozos de Santa Ana (Costa Rica). It was January 24, 2016. He had decided to give his life to Christ and follow Him as an Augustinian Recollect, living his faith in community and seeking God in interiority and poverty.

2019 was a year of discernment. He rethought the decision he had made after completing his postulancy and philosophy years, while accompanying his family in some particular situations. Finally, the path followed its course. In 2020 he was going to do a brief experience in Mexico City, in the postulancy of El Hueso, when he was surprised, as the whole planet, by the pandemic of COVID-19. It was only a small inconvenience that did not deprive him of beginning in Spain one of the most important stages of his vocational journey: the novitiate.

The future is uncertain. The young Costa Rican is grateful for all he has experienced, but above all he thanks God “for what remains to be done through my formators and brothers along the way”. For the moment in Monteagudo he has been infected by COVID-19, although “I have also been infected by love, hope and charity in the community”. In the bus began a life that, now, is normal for Randy.