The young man, of Mexican origin, received his priestly ordination in the middle of the Amazon from the hands of the Bishop of Manaus, Bishop Leonardo Ulrich Steiner.

The Augustinian Recollect Jesús Emmanuel Mendoza is already a new priest of the Catholic Church. The young man, born in Guanajato (Mexico), received priestly ordination last May 22 in Manaus (Amazonas, Brazil). Accompanied by Augustinian Recollect religious and his own family, the religious was ordained on the feast of St. Rita, patron saint of the Church where the celebration took place.

Leonardo Ulrich Steiner, who was accompanied by two Augustinian Recollects from the community of Manaus, two from Pauini and one from Labrea, as well as three diocesan priests. In such an emotional moment, the family of the new presbyter traveled from Mexico to the middle of the Amazon to be with Jesus Emmanuel. At the end of the mass, he was very emotional and thanked God for his life and vocation. Likewise, he also remembered his deceased father and all those that God placed in his life and have accompanied him in some way in his journey. “Thank you my God, for the wonders you do in my life; bless my priesthood,” he said.

The bishop, during his homily, focused on the image of the vine and the branches, quoting St. Augustine to recall the charism of life chosen by the new priest and recalled that love is the force that keeps the person united to Jesus and generates life by itself.

He encouraged the ordinand to be at the service of the community feeling loved and called, always wanting to feel free and given to others, remaining in Jesus as a person fulfilled and fruitful in love. And he offered notes on the example and witness of St. Rita, on the day in which her memory was celebrated, valid for the practice of the ministry. 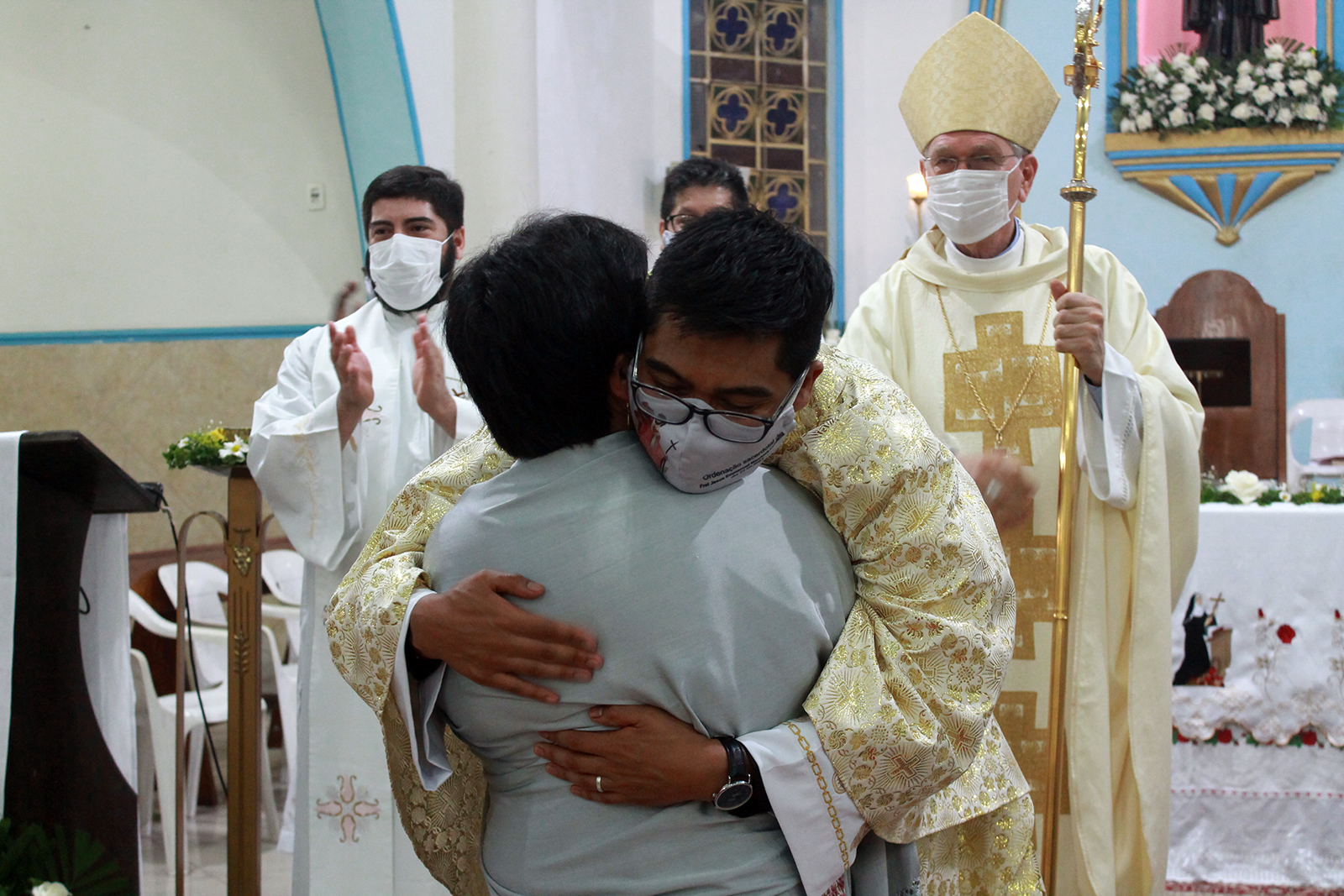