“Let us not be afraid, the Lord is with us”

The Prior General presided at the opening Eucharist of the 400th anniversary of the first General Chapter, highlighting the “new horizons of life and hope” that will be opened in this year of celebration.

The first General Chapter of the Augustinian Recollects concluded on November 30, 1621. Four centuries later, at the same time, the Prior General, accompanied by a large group of religious and lay people, presided the Eucharist to open the year of celebration and commemoration of this important event. The Monastery of the Incarnation, specially prepared for the occasion, was the place chosen by the Order for the solemn celebration in which Miguel Miró encouraged to live this time from “communion, participation and mission”.

In his homily, the Prior General of the Augustinian Recollects recalled the commemorated event asking the Lord to “infuse us with his Spirit so that also today we may respond with audacity and availability”. Just as the Augustinian religious did in 1588 and in the first chapter, and in the same way that St. Andrew – whose feast was celebrated this Tuesday – felt it, following the example of St. Augustine, Miró encouraged us to listen to the call of the Lord: “Jesus continues to call us as we pass by. the almar of our life; his words inspire love and trust”.

Likewise, he also assured that “this year of the Centenary is an opportunity for prayer, listening, dialogue and discernment”. The central moments of the year will be the General and Provincial Chapters that the Order of Augustinian Recollects will celebrate in 2022. That is why he affirmed that “this time of grace that we begin today is in tune with the synodal process that the Church is living today”. “The chapters open for us new horizons of life and hope,” he said. He further highlighted three key words, “Communion, participation and mission.” Miró went back to 1621 to “look for inspiration in the first chapter”.

On the other hand, he encouraged courage in the face of difficulty. “Let us not be afraid, the Lord is with us.” “Before the darkness of the night or the difficulties of the road, let us not forget that the Lord uses the weak of this world to carry out his plans,” he said. He also thanked the prayer of the Augustinian Recollect contemplative nuns, who live in the Royal Monastery of the Incarnation and sustain, as they did already in 1621, the future of the Order.

At the conclusion of the Eucharist, all the religious renewed their consecration to Our Lady Mother of Consolation in a simple and moving gesture. The Marian image had been placed on the main altarpiece, something unusual and unique for this prayer. 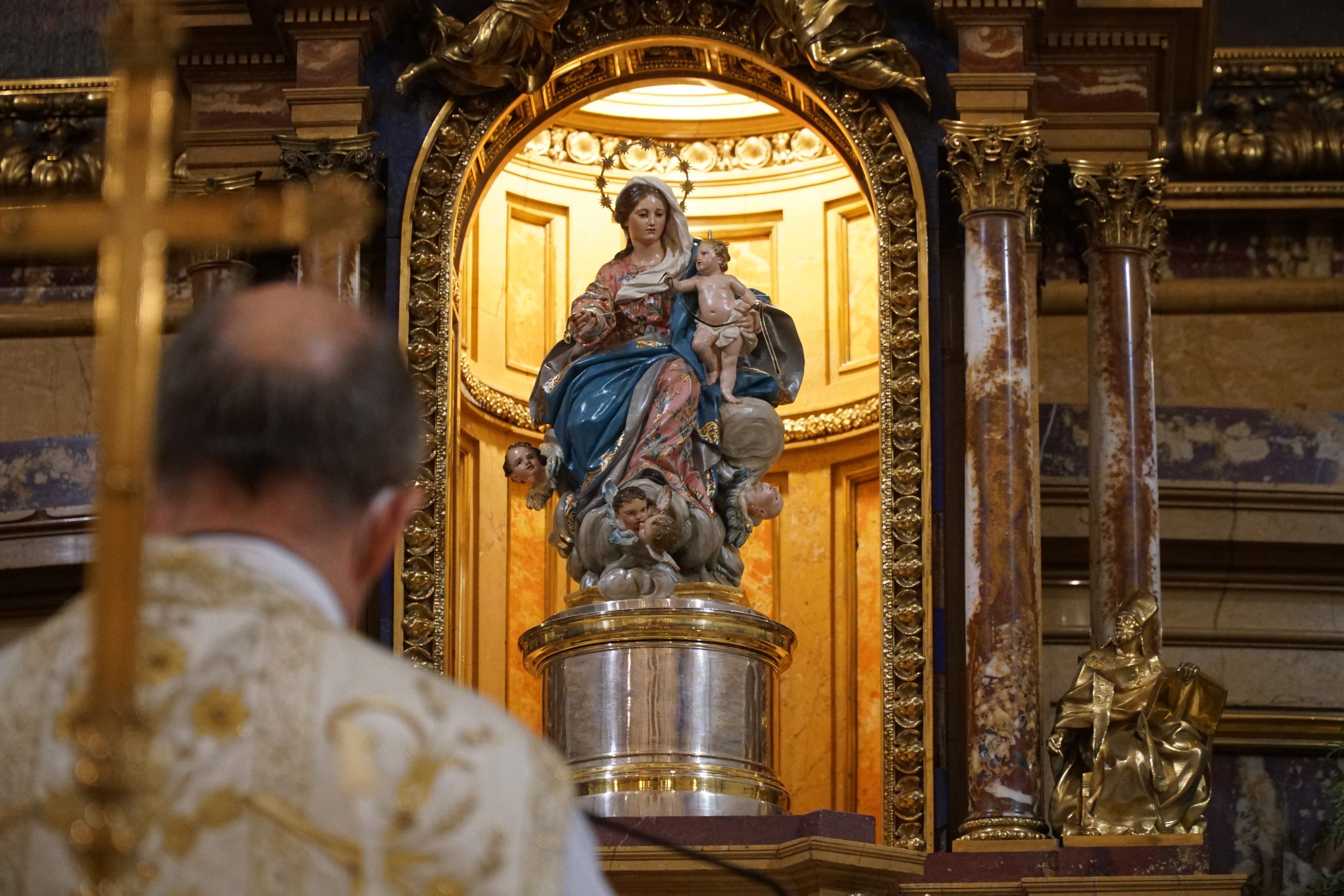