The Augustinian Recollect Bishop Alphonse Gallegos wanted to be close to all people; among them, the low-riders among whom he was very dear.

Bishop Alphonse Gallegos did most of his ministry in the streets. He did not necessarily like being behind a desk with his priority being close to his people: spending time amongst them, listening to them, and encouraging them.

Gallegos approached and spoke to everyone! He was close to those on “the periphery” of society, as Pope Francis says, those who are social outcasts, on the “margins” of social acceptability. One such group was the low-riders.

A low-rider refers to a person who drives a customized car with a lowered body or the car itself. These customized vehicles are generally individually painted with intricate, colorful designs. They are also fitted with hydraulic systems that allow height adjustable suspension, where the vehicle is raised or lowered at the owner’s command.

Gallegos was optimistic, always seeing the goodness in life’s circumstances and other people. He sought to bring out the virtues in people. Such was the case with the low-riders, he saw their potential and recognized the mechanical/painting talents they possessed to customize their cars. He was able to establish a friendship with the low-riders, talking with them about their cars, attending car shows, blessing their cars and often cruising with the low-riders on Franklin Boulevard in Sacramento; He encouraged them to put their positive energy and talents to good use. 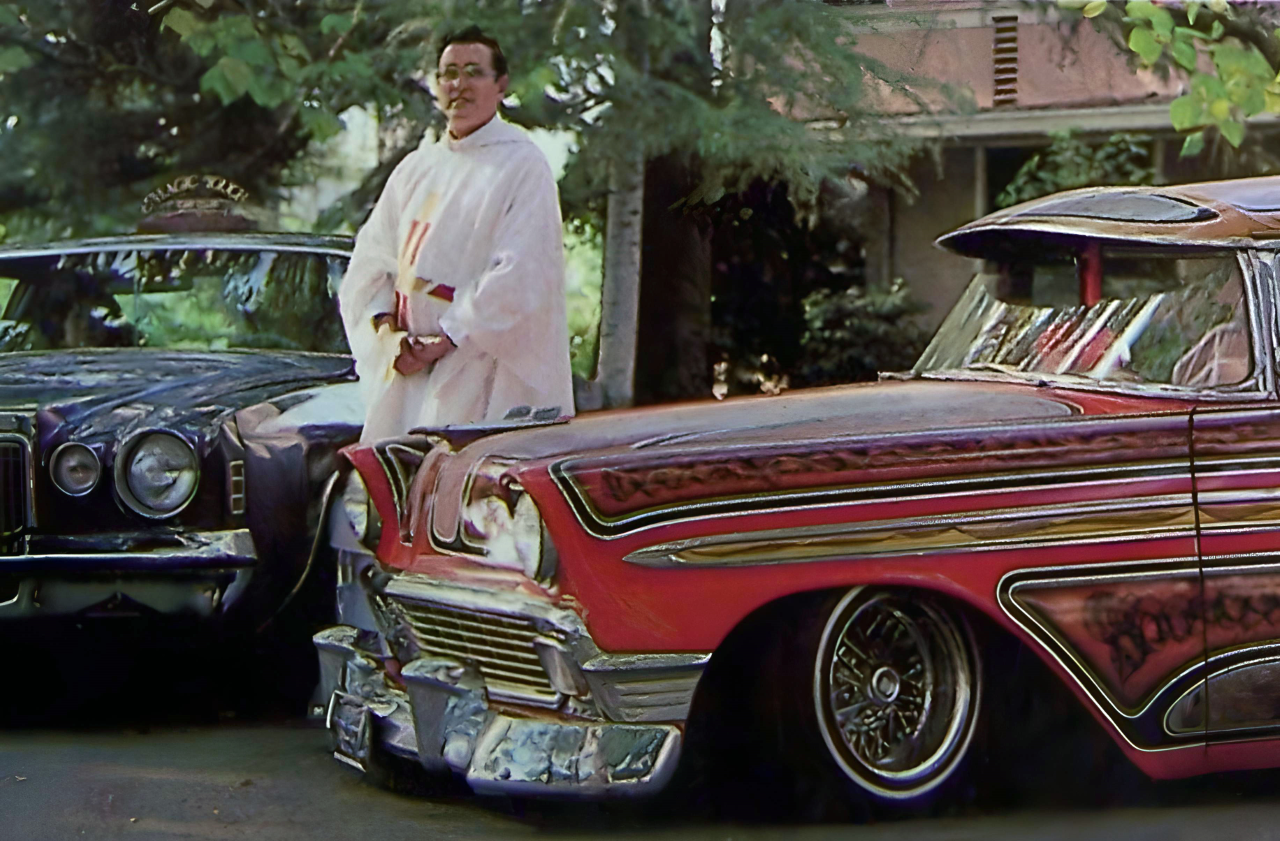 Gallegos was quoted in a Sacramento Magazine regarding the low-riders: “I don’t mean to say this is the optimal pastime, but they have so much energy, and at least they are using it in some way.  I would like to capture their ideas and use them for their own futures.  But there has to be some type of direction. I definitely will continue to visit the low-riders,” Gallegos said: “I think the presence of any priest or clergy is important there.  I feel they need us.”

The low-riders had a great love and appreciation for Bishop Gallegos, who died in a traffic accident on October 6, 1991. At his funeral procession on October 11, over 300 low-riders from throughout Northern California participated in a cruise dedicated to the memory of Bishop Alphonse Gallegos. He was known as the “low-rider Bishop,” due to his continuous support of local car and truck clubs. Beyond that, throughout his life he showed a sincere interest and concern for young people, farmworkers and the poor.

Bishop Gallegos once said: “I think the beauty of being a priest, and I hope, a bishop, is the opportunity to identify yourself with the people.” Gallegos was able to identify himself with the low-riders, cruising the streets of Sacramento with them, thus making them feel valued and appreciated.