Meeting of ARY advisers in Colombia 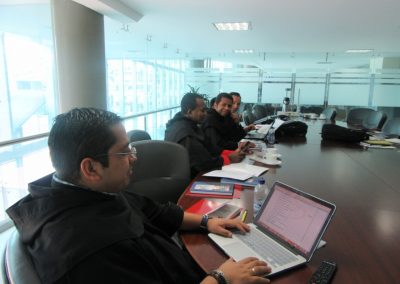 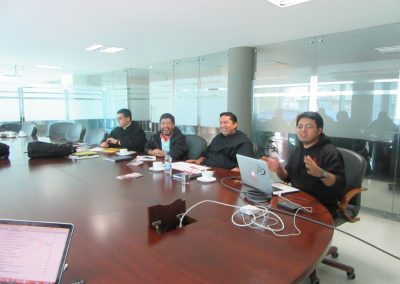 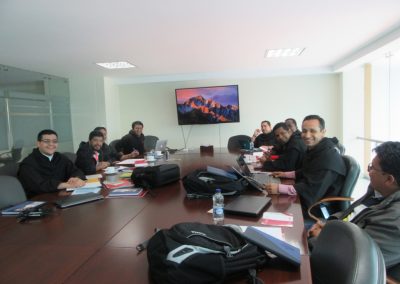 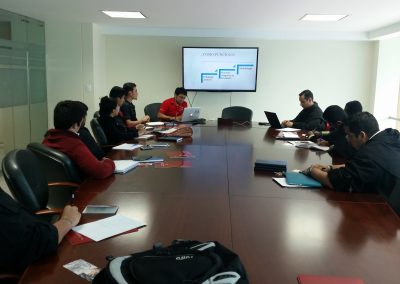 During the 16th and 17th of March, in the Provincial Curia of the Province of Our Lady of Candelaria, in Bogota Colombia, the First Meeting of ARY Advisors took place, in which religious and the laity of the Consolation Provinces participated And the Candelaria, as part of the meetings that have been held throughout this year, with a view to the preparation of the project of youth ministry in the new province from 2019.

The meeting was chaired by Fr. Juan Pablo Martínez, General Councilor and President of the General Secretariat for Vocations and Youth, who at first reflected with the participants on the Preparatory Document for the next Synod of Bishops of 2018 and which has as its motto: “youth, faith and vocational discernment”. The emphasis was, in particular, on the first chapter of the document that talks about young people in today’s world, the reality they live in and what they expect from the Church; In the midst of a hyper connected culture, which breaks with interrelational communication and aims more at cyber-communication.

After this, Fr. Isamel Xuruc presented the reality of ARY’s in the Vicariate of Panama and in the Delegation of the Dominican Republic, the work that is done and the way in which the training itinerary is implemented there. Following his presentation, Fr. Jorge Chaparro, ARY Advisor of the Province of La Candelaria, also presented the work being done at the Province level, the strengths of this youth movement and the difficulties that are presented, so that in all ministries can be Implement ARY’s.

On Friday 17 were present some young people of the National ARY Council of Colombia, to which Fr. Ismael made a presentation of all the ARY material that has been elaborated by the Order, in order to look for strategies for its implementation in the Province; As a response to the guidelines of the General Chapter of the Order.

As a task to carry out these guidelines proposed by the Chapter and the project of youth ministry of the Province, a team of religious and laity were created to be formed in this regard, and then to carry out a presentation of the ARY and Sensitization in all the ministries of the Province, in order to strengthen this movement in the places where it is already present and to promote it in those where it does not yet begin.

The meeting concluded on the occasion of the first ARY World Meeting, to be held in Panama in January 2019 on the occasion of the WYD, some proposals were made with a view to making a call throughout the Order to elaborate the hymn, motto, Shield and the theme of this encounter; Bearing in mind that the Province of Our Lady of Candelaria will host this meeting.