The Augustinian Recollects have participated in the Bonn Climate Change Conference

The Order of Augustinian Recollects has participated in the Bonn Climate Change Conference (COP23) of the UN that took place in the German city from November 6 to 17. Jaazeal Jakosalem OAR, representing the Order, explained at the summit the work of the Augustinian Recollects in the Philippines for sustainable development, one of the foundations of the ARCORES project.

Fray Jaazeal Jakosalem, OAR sits as one of the official party members of the Philippine delegation for the UNFCCC Bonn Climate Change Conference in Germany from November 6-17, 2017. He works with grassroots communities in the opposition in ‘building’ new coal-fired power plants and in the demand of just transition to renewable energy. For this COP23 UN climate talks, as party delegate, Fray Jakosalem is part of the team that deliberated and works on the working draft document on “SBSTA agenda item # 13 on the local communities and indigenous peoples platform.”

In 2015, Fray Jakosalem also participated in the grassroots mobilizations and during the People’s summit for the COP21 in Paris, and delivered the Global Catholic Climate Movement’s 850,000 signatures.

His presence in the UN climate talks is helpful for both the Philippine government and the Church. Bringing his learning-expertise, both his active grassroots involvement and his works on the Laudato Si’ encyclical of Pope Francis, “for this COP23, we made it sure that Pope Francis’ call to protect the vulnerable islands, the poor and Mother Earth are on the agenda of every country represented.”

Availing his presence during the climate talks, he also attended and participated the “Catholics @ COP23” meeting last November 15, 2017 organized by the Global Catholic Climate Movement, and participated by the Holy See delegation, Catholic development organizations (CIDSE, CAFOD, Caritas Internationalis, Misereor, Climate Reality Project, etc.), with the Jesuits, Columbans and Augustinian Recollects representing the religious congregations. And on November 16, 2017, GCCM and other Inter-faith organizations also gathered to strategize for the COP24 preparations and activities next year in Katowice, Poland; initially planned is the Assisi Interfaith Gathering and the People’s Climate Pilgrimage (from Assisi to Katowice).

Message of Fray Jaazeal Jakosalem during the press conference “COP23 and the SDG’s with indigenous solutions in mind” sponsored by UNESCO and the Philippine delegation:

“The climate crisis is creating a dehumanizing cost in our planet – and of our country. Four years ago Typhoon Haiyan landed on our islands, causing almost 10,000 deaths and more than 14 million people affected across 46 provinces. We, the people of the islands are paying the price of the changing climate, more than the price of carbon…

In the 2015 months before COP21, the Global Catholic Climate Movement embarked on a global signature campaign for a 1.5 degrees limit and unified catholic climate actions, we gathered 850,000 signatures (98% from the Philippines) and we delivered it to Paris as a people’s manifestation, contributing to the meaningful Paris Agreement.

What we do now is doing alternative solutions in helping the climate victims… teaching them how to make and assemble solar lamps, providing them educational scholarships and participatory and meaningful livelihood. 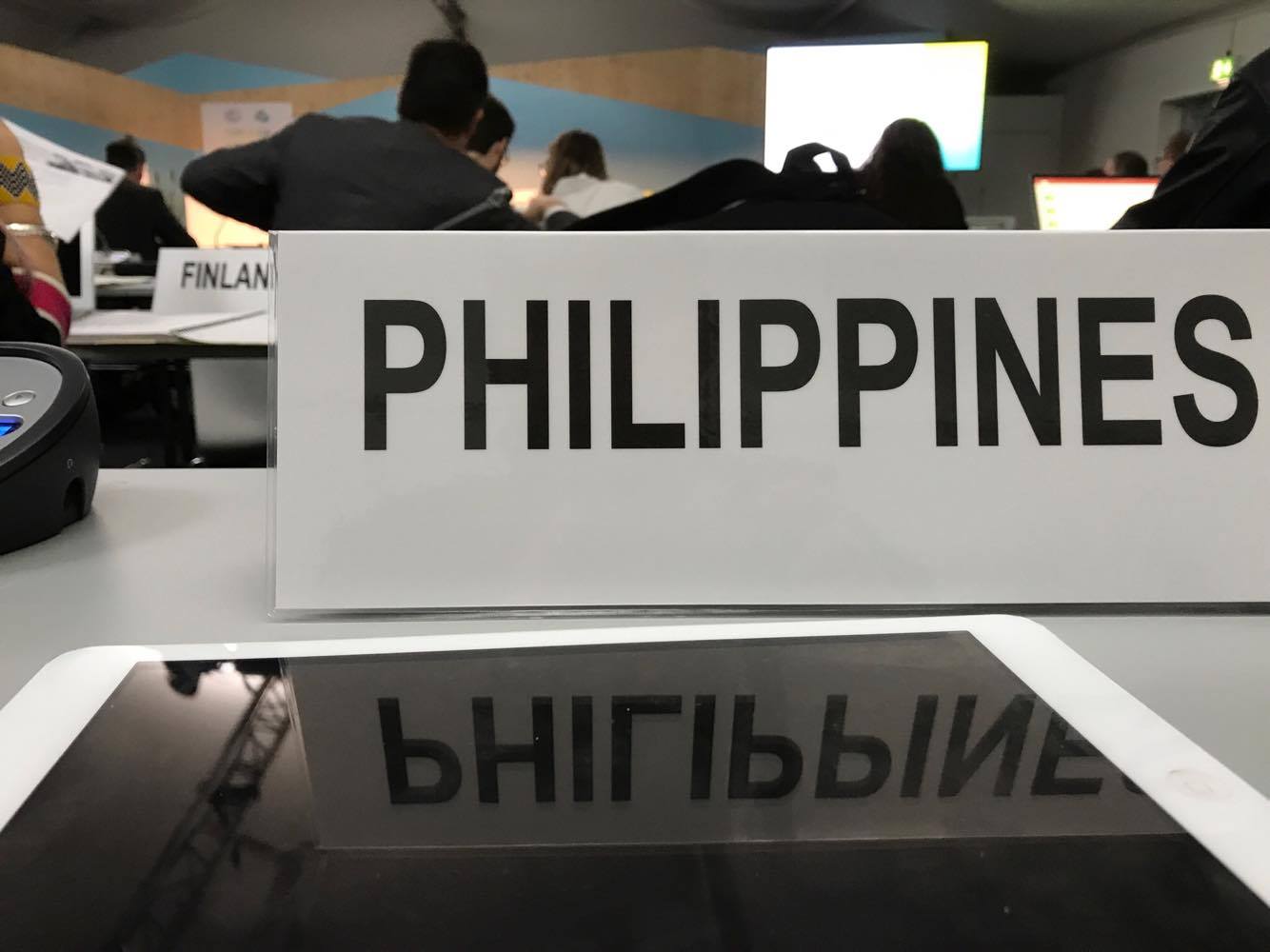