“Jesus, the sugar worker”: a gift for Pope Francis

The icon, a gift from the bishop of the diocese of San Carlos (Philippines), was made by the Augustinian Recollect Jaazeal Jakosalem and aims to make visible the problem of the so-called “sacadas”

During the Ad Limina visit of the bishops of the Philippines, Pope Francis received a gift with much symbolism. The bishop of the diocese of San Carlos, Monsignor Gerardo Alminaza, presented the Holy Father with the icon “Jesus, the sugar worker”, the work of the Augustinian Recollect Jaazeal Jakosalem. Behind the icon, which represents Jesus working in one of the main assets of the Philippines, lies the story of thousands of anonymous people who work in terrible conditions in this sector.

At the request of Bishop Alminaza, Jaazeal Jakosalem made this vindicative painting which was given to Pope Francis this Tuesday during the visit of the Philippine bishops. The Augustinian Recollect artist has tried to make visible the problems of the so-called “sacadas”, the sugar cane workers of the island of Negros – of Negros – where the diocese is located – who are badly paid for their work in the fields, without benefits or insurance, and yet contribute to the economic growth of the island.

The face of Jesus is serious. In his hands he holds several sugar canes, the main crop on the island of Negros. Next to Jesus is the cane knife, symbol of the hard work and dedication of the workers. As is normal, in his hands are represented the sores of the nails of the cross. In front of his figure are represented two sacred bullets, symbol of the current militarization of the island, which includes the murder of agricultural workers by state forces. The scene is completed by the visaya inscription “Hesus sa Katubhan” (“Jesus in the Sugarcane Fields”) and Filipino ethnic drawings.

“This icon challenges us to see Jesus in the lives of our brothers and sisters in the peripheries of the struggle in the sugar cane fields,” says the author of the icon given to Pope Francis. “They are often enslaved by poverty in their lives; they fought for land and justice, ending up dead at the hands of our state forces,” he says.

The bishop of San Carlos regrets that workers are currently “being paid unfairly” and without health and social benefits despite their contribution to economic growth. 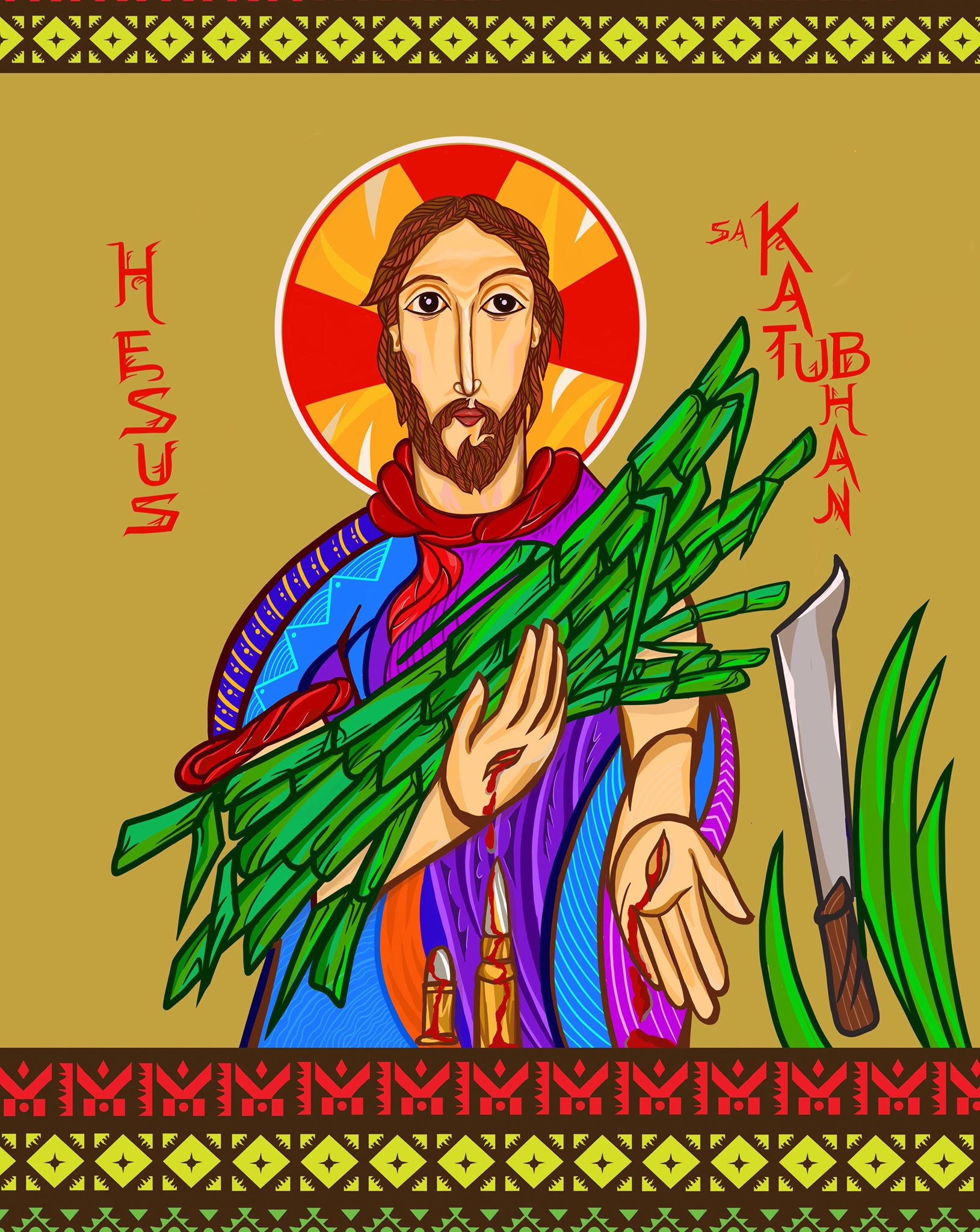