“Our simple life is part of the history”

The Prior General, Miguel Miró, recalled the history and present of the Province of St. Nicholas of Tolentine at the opening in Madrid of the 400th anniversary of the creation of the Province.

The Province of St. Nicholas of Tolentine officially began the celebration of the 400th anniversary of its creation at St. Rita Parish in Madrid. The solemn Eucharist on the feast of its patron saint – presided over by the Prior General, Miguel Miró – began a whole year of remembrance and celebration for the four centuries of the missionary province.

In his homily, Miró recalled the past and present of the religious who formed the Province since its beginnings in the 17th century in the Philippines. Those Augustinian Recollects, who volunteered to travel from Spain to the mission, still have the same charism and the same feeling as those of today. “The life of the Province becomes history, also our simple daily life is part of this history, of our history,” said Miró.

In this sense, the Prior General invited to remember with gratitude “how the Lord has blessed the Order in the history of the Province”. He also recalled the difficulties that the Province has had to face in these years: “After the brightness of the star of St. Nicholas, the Province has sailed out to sea in the storm and in the calm”. He reviewed the saints and the outstanding events of the Province in its four centuries of life, and indicated that “it has not been an easy journey, but the works of God are like that”. 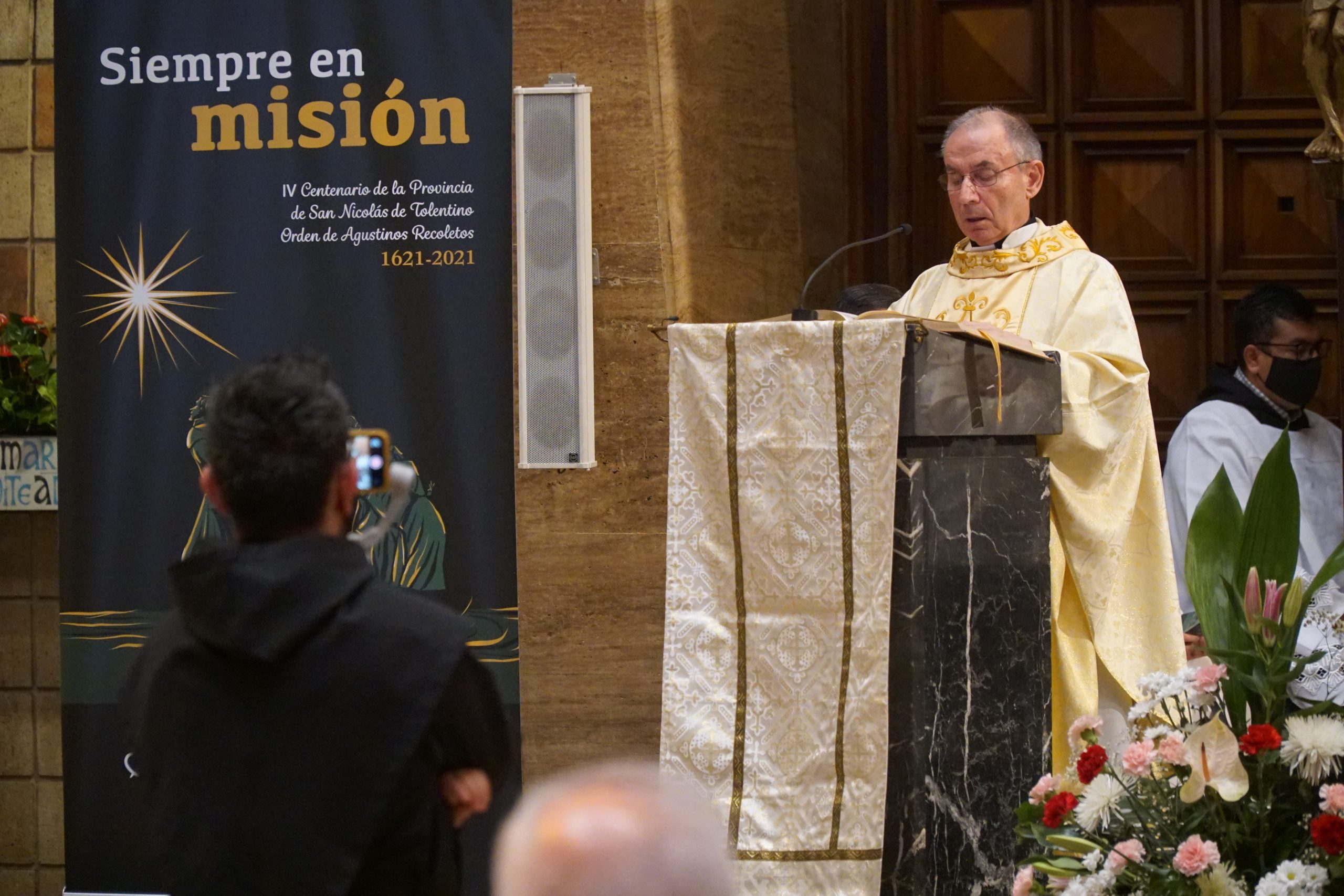 He also asked forgiveness “for the occasions when communion and the missionary spirit have declined in the Province”. “We ask forgiveness for the times when we have closed in on ourselves and have not perceived the voice of the Lord in the needs of the Church and in the cry of the poor,” he said.

On the other hand, the Prior General insisted on the revitalization of the charism and the communion among the religious. Following the motto of the 400th anniversary of the Province of St. Nicholas of Tolentine, ‘Always in Mission,’ Miró warned that “we need to be in communion to be always in mission. In this line, he asked to look at the present and future project of each community: “A project requires prayer and sacrifice to renounce our individualisms and protagonisms in order to work together”.

Numerous Augustinian Recollect religious as well as several dozen lay people attended the Eucharist and maintained the sanitary measures against the COVID-19. During the Mass, the traditional loaves of St. Nicholas were blessed in honor of the saint.