Finding God in the Sick: The Work of Fr. Michael Stechmann

The religious brings the Catholic vision to the work of QueensCare Foundation, an institution that serves several hospitals and medical centers in Los Angeles (United States).

The day-to-day life of the Augustinian Recollect Fr. Michael Stechmann is somewhat different from that of any other religious. His work, besides attending to the needs of the faithful of Christ the King Parish in Los Angeles (United States), is close to the health and illness of thousands of people. Since 2014 he has been working on the board of directors of QueensCare Foundation, a Catholic institution made up of lay doctors in which Michael brings a vision of faith. The Foundation operates four primary care clinics and has multiple medical programs, always from a Catholic perspective that the Augustinian Recollect religious tries to maintain.

In 2012, Fr. Michael Stechmann began to celebrate Mass a few days a week at Hollywood Presbyterian Medical Center, one of the Catholic hospitals in California. “The masses were mainly for the doctors, nurses and employees of the hospital, and they were transmitted by television to the patients”, he recalls. That’s how he began to bring the faith closer to the sick. Today’s QueensCare Foundation grew out of the merger of this hospital with two other Catholic and secular institutions.

“Because of my involvement with the hospital, I was invited to join the board of directors as a Catholic presence”, Stechmann says. Their task is primarily to maintain the Catholic essence of the institution and to ensure that faith values do not disappear from the daily work of hospitals and clinics. Today, the sacraments are still administered, families are accompanied in their grief, and doctors and nurses who, because of their workload, cannot receive the sacraments are cared for. The religious coordinates the pastoral service in the medical centers and the department of solidarity (Charitable Division), which tries to channel donations from individuals and companies. 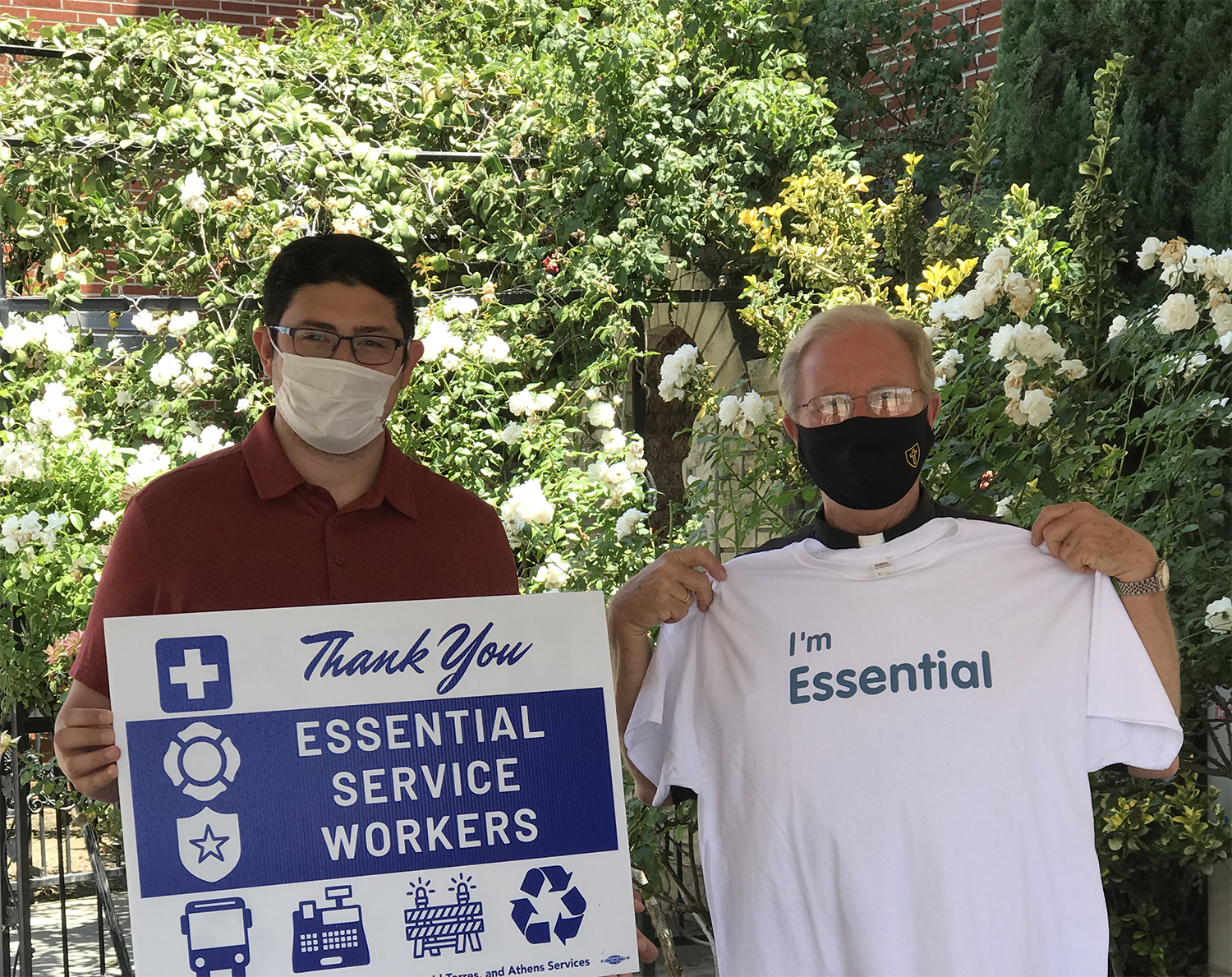 In addition, from his role on the board of directors, Fr. Michael Stechmann provides faith-based guidance on ethical conflicts in medicine and faith. “I have often been asked,” he says, “to offer clarification on ethical questions that may arise and to give voice to the Church’s teaching on prevention and treatment in particular situations. He has recently been involved in the ethical issues surrounding the research and production of COVID-19 vaccines.

It is precisely the pandemic that has forced the reinforcement of the work that QueensCare Foundation has been doing. Services have been increased and facilities made available for the fight against coronavirus. Specifically, the mobile dental clinic that traveled to 11 schools in the State of California has been used.

Stechmann’s work is helping to ensure that medicine goes hand in hand with faith at this institution. His work has been recognized, among others, by the Archbishop of Los Angeles, Monsignor José Gómez. In a letter of thanks, the prelate praised the new years he has spent in local hospitals and his service on the board of directors of the QueensCare Foundation, especially in the face of the pandemic. 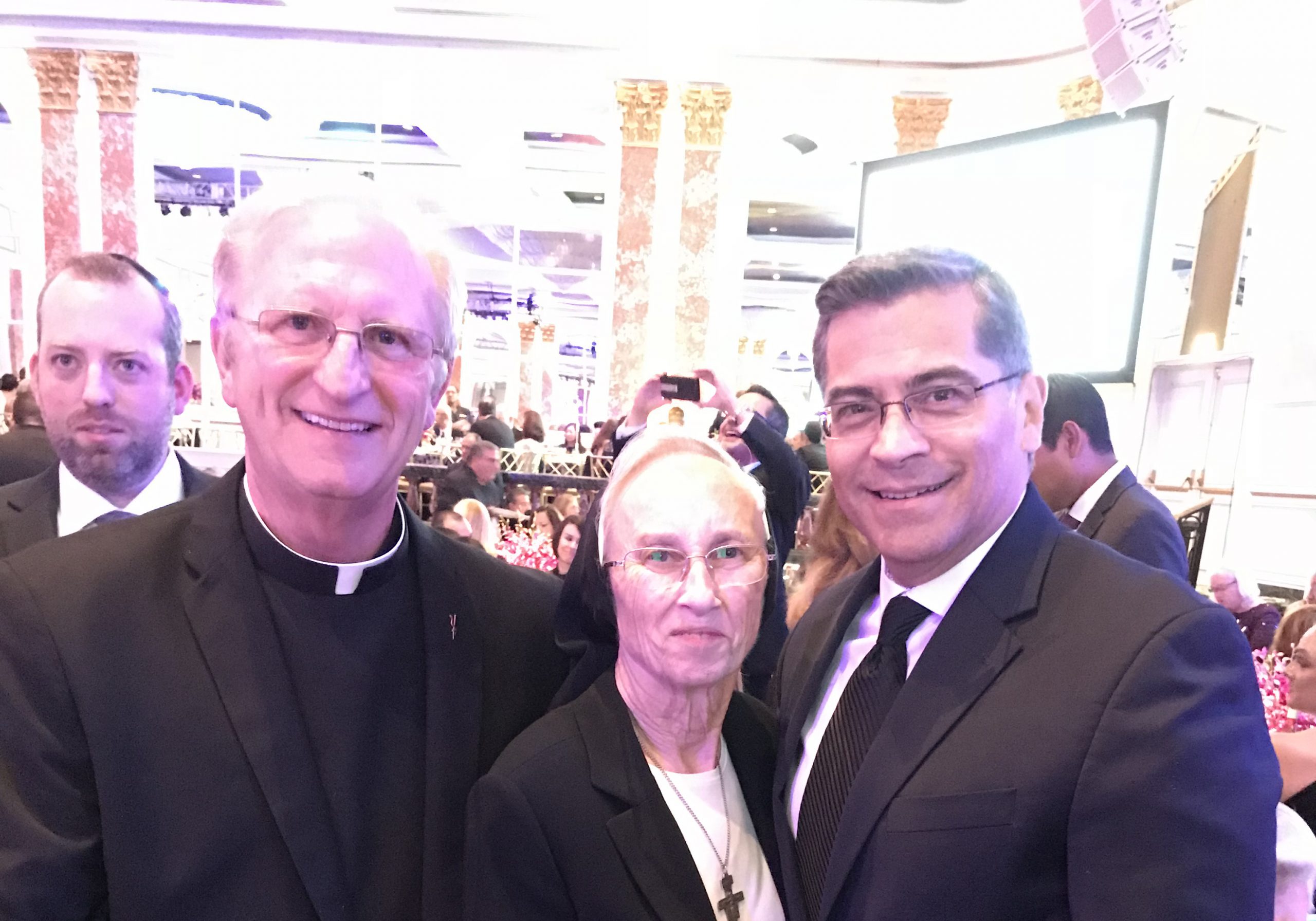 Fr. Michael Stechmann and Sister Ruth of the Foundation Board at a meeting with Mr. Xavier Becerra, Attorney General of the State of California.
agustinos frailes historias OAR orden recoletos religión solidaridad
Finding God in the Sick: The Work of Fr. Michael Stechmann2020-11-272020-11-27https://www.agustinosrecoletos.com/wp-content/uploads/2016/09/OAR_ESP_TRANSP_02.pngAgustinos Recoletoshttps://www.agustinosrecoletos.com/wp-content/uploads/2020/11/stechmann.jpg200px200px