The first simple profession of 2021

Chrislean Rey Pamilaga, an Augustinian Recollect, made his first simple profession of vows as a religious in 2021 at St. Ezekiel Moreno Novitiate in the Philippines.

The celebration was presided over by the Augustinian Recollect Dionisio Selma, prior provincial of the Province of St. Ezekiel Moreno. With him were the religious of the Provincial Curia, the SEMoNoRe Community, the Recollect Formation Center, the Recollect Seminary of Casiciaco and the College of St. Sebastian-Recoletos of Cavite. Although his family and friends were unable to attend the eucrisis due to travel restrictions caused by the pandemic, they were able to witness the celebration through social networks, through which it was broadcast live.

Friar Pam’s profession of vows, as he is affectionately called in the seminary, marks the culmination of his novitiate year where he prepared to embrace religious life through serious and intense prayer, community life, study of the history and Constitutions of the Order and the practice of the vows. In the name of the Prior General, Dionysius Selma received the simple profession of the novice.

The Augustinian Recollect Anthony Ireneo stressed in his homily that the love a religious has, the kind of love that makes him submit to the Lord, is a response to the unconditional love of God. He also explained that a religious professes the vow of poverty with the intention of having God as his greatest treasure. With the many goods before him, he chose to offer himself to the Church in order to be available where the Church needs him. Likewise, he takes the vow of obedience to God’s will, through his superior, because it is more liberating and satisfying. With this consecration, a religious is expected to exude joy in his life. 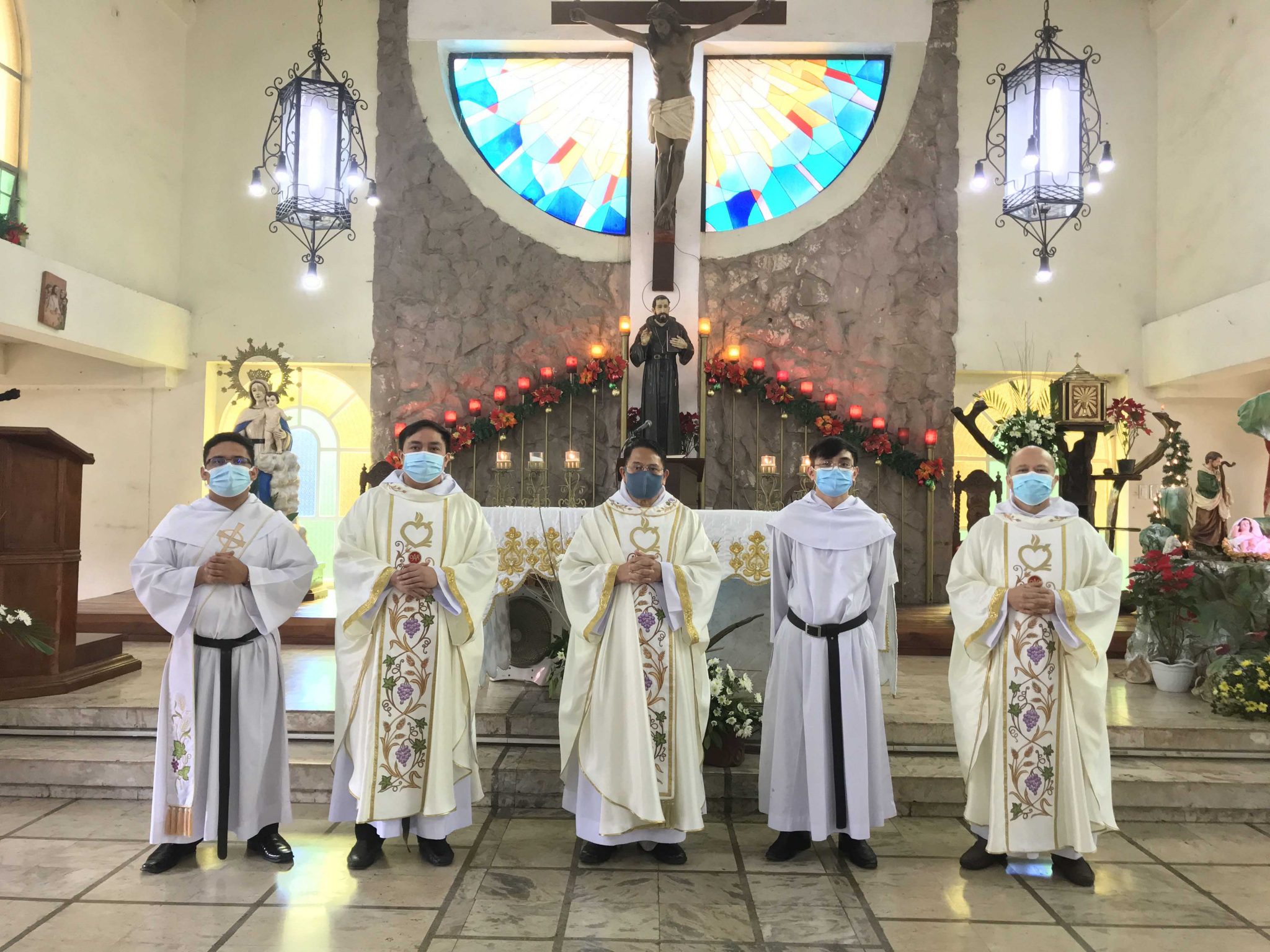