More than 500 ways to understand ‘The Confessions’

The students of the first course on ‘The Confessions’, organized by the EDUCAR Network, have captured in essays, paintings or comics the book of St. Augustine.

In the year 398 St. Augustine put an end to the writing of his best known book: ‘The Confessions’. Centuries later, the words of the bishop of Hippo continue to touch the hearts of thousands of people in a different and creative way. Through the online course of The Confessions that the Augustinian Recollect International Educational Network EDUCAR has organized during the last year, people from all over the world have been able to learn more about one of the fundamental works of the Catholic faith.

As the final work of the course, the students carried out their last task: a final work that gathered what the reading of The Confessions has meant to them. The work gave free rein to creativity, since each one can understand in a different way the testimony of Augustine’s life. From great essays to fictitious interviews with the author of the book; paintings, songs, infographics, quizzes? or comics! The more than 500 works submitted were an exercise in diversity and originality, demonstrating how it is possible to adapt a book written 17 centuries ago to today’s context.

Elva Flores, from the Colegio Agustiniano of Guatemala, has captured The Confessions in the form of a comic book. From his youth to his last years, the comic strip summarizes the book of the Father of the Church in a simple way. Augustine, depicted with blond hair in his youth, is always accompanied by St. Monica and St. Alipio.

José Carlos Godoy, a student from Tucumán (Argentina), has interviewed, in an imaginary way, St. Augustine. A pleasant and amusing conversation in which the fictitious Augustine assures that “I never thought that the Confessions could cause such a great impact”. He also confesses that “it was not very easy to choose the name” and that it is really a conversation between God and himself. About Ambrose, he affirms that he was impressed by his first contact with Him. “He had a paternal welcome”.

The quiz elaborated by Luis de Gregorio requires quite a bit of knowledge. Questions such as the biography requested by St. Paulinus of Nola or the meaning of the word Confessio add difficulty to the 55 questions on the book of St. Augustine. You can access the questionnaire here.

Sister Esther Hernandez, an Augustinian Recollect Sister from Mexico, has captured The Confessions on canvas. A beautiful painting gathers some of the fundamental aspects: the heart pierced by an arrow and burning, the flash of the light of God, the tree that symbolizes the garden of Casiciaco or the traces of the long road he traveled until he found the faith. 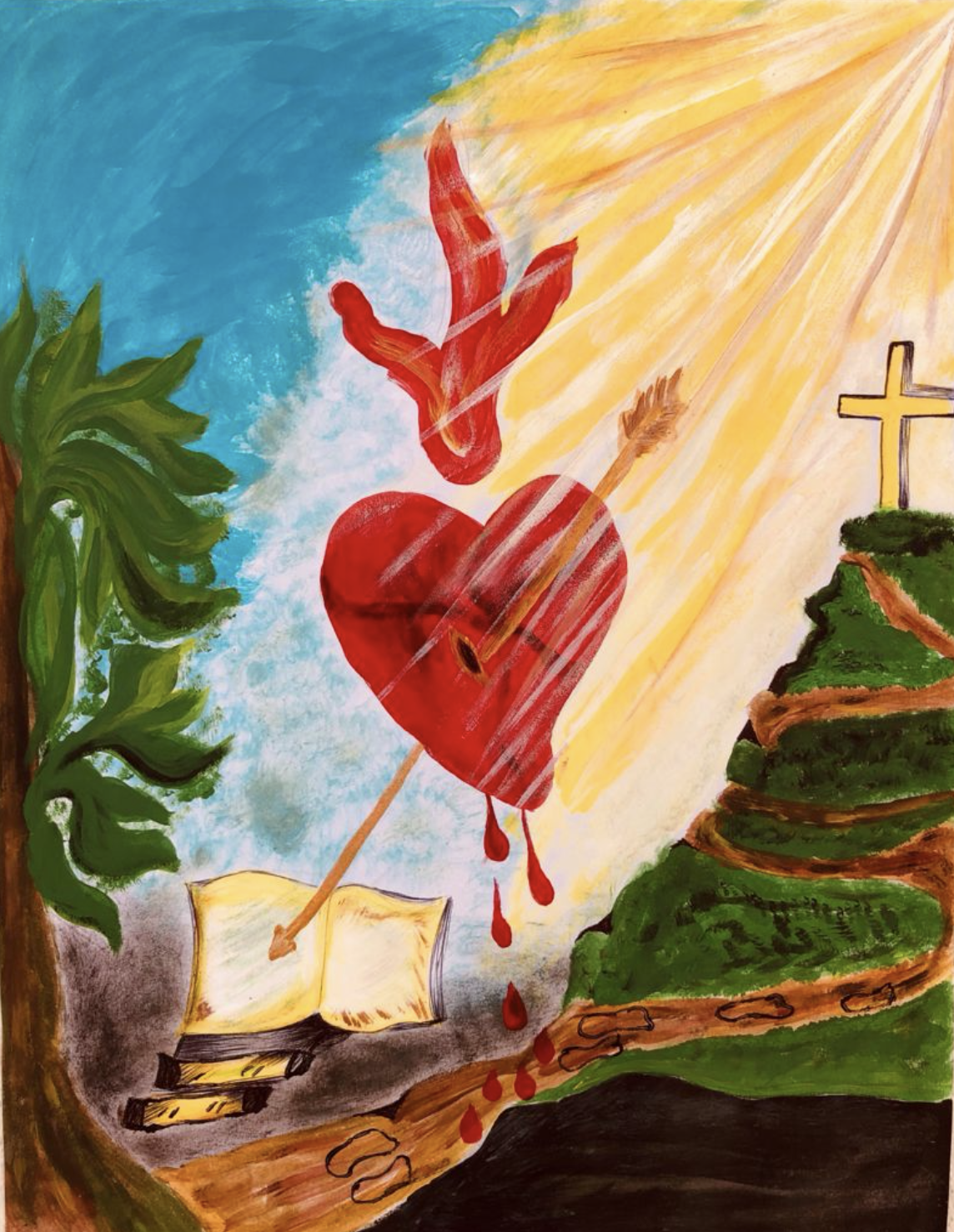 The Confessions are a unique experience for people to immerse themselves in true love and to know closely how God touches the life of a Christian. This is a good example of this. The first edition of the course will close on Saturday, September 17, although EDUCAR has already launched the second edition.