Eusebio Hernández Sola entered the minor seminary of the Order of Augustinian Recollects in Lodosa, Navarra (Spain) on the 12th of September, 1955. In 1958, he transferred to the Augustinian Recollect college in Fuenterrabia, Guipuzcoa, where he completed his studies of the humanities and philosophy.

From 1963 to 1964, he attended the novitiate of Order in Monteagudo, Navarra, and made his profession of simple vows on the 30th of August, 1964. Upon making profession, he transferred to the seminary of Marcilla, Navarra, where he studied theology from 1964 to 1968. He made his solemn profession of vows in 1967 and was ordained to the diaconate in 1967 and to the priesthood on the 7th of July, 1968.

Father Eusebio’s first assignment was that of assistant in the parish of St. Rita in Madrid. At the same time, he initiated his studies of Canon Law at the University of Comillas, a Jesuit faculty located in Madrid. In 1969, while remaining in Madrid and continuing his study of Canon Law, he was transferred to the university residence, “Augustinus”, where he served as spiritual director of the residence students, some 160 at that time. He finished his Canon Law studies and attained a doctor’s degree in the same subject. At the same time, 1969-1974, he studied Law at the Complutense University in Madrid. Between 1974-75, he engaged in legal practice at the University and at various tribunals in Madrid.

On November 3, 1975, he initiated this work at the Congregation for the Institutes of Consecrated Life and Society of Apostolic Life in Rome. In 1976, he became the director of the department of formation and promotion of religious life which included responsibility for the preparation and publication of the documents of the Congregation.

In addition, he directed a biennial school of theology and law pertinent to the consecrated life working with a team made up of some of the most expert theologians in these matters. In 1995, he became head of the office of the Dicasterio. Due to his expertise, the superiors of the Congregation assigned him many missions in a variety of nations throughout the world. Also notable was his role in organizing various plenary assemblies of the Congregation. In a similar manner, the assisted in the diffusion of the latest documents emanating from the Congregation, such as Starting Afresh from Christ (2002) and The Service of Authority and Obedience (2008) 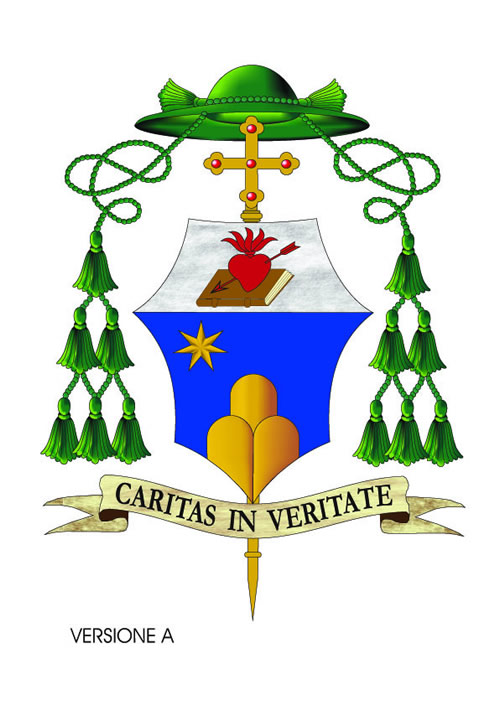 The Diocese of Tarazona traces its origins to Roman Spain (Hispania) although it has not been possible to establish the exact date of its beginnings. A number of its pastors had signed the acts of the councils of Toledo of the 5th century. Among the ecclesial ancestors of Bishop Hernández Sola who are to be noted are: St. Prudencio, St. Gaudioso. Fray Diego of Yepes, confessor of St. Teresa, and, during the Spanish Civil War (1936-1939), he who was to become Primate Archbishop of Toledo, Isidro Gomá Tomás.

Around 1835, there were two convents of Augustinian Recollects in Borja and Calatyud respectively. These disappeared at the time of the suppression of convents. Monteagudo, however, survived and served as the place of the re-birth for the masculine branch of the Order. A good number of religious in the 19th and beginning of the 20th centuries came from towns neighboring Tarazona and Moncayo. An additional reason for this relation to Tarazona is the fact that seven of the Recollect martyrs of Motril (1936) were from this region.

The current territorial limits of Tarazona were established in 1856. The area was reduced to the northeast area of the present province of Zaragoza. It covers 4514 square kilometers and has a population of 80,000. It pertains to the ecclesiastical province of Aragon together with Zarazoza, Huesca, Barbastro, Teruel, and Albarracin. There are 140 parishes in the diocese and many small villages with populations of less than 300 inhabitants. There are 80 priests in active ministry and 17 retired. There are also 23 priests who reside outside of the diocese, 18 communities of sisters and 6 monasteries for cloistered religious. Also to be included are the 8 candidates in major seminary and around 380 catechists. 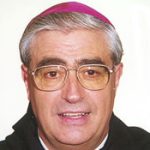