One year of contemplative Augustinian Recollect life in Colombia

The Augustinian Recollect nuns arrived in Colombia for the first time on June 12, 2018. Nearly one year old, they are happy for these first months in Bogotá.

After eleven months and about to celebrate one year in the Convent of Our Lady of Candelaria, in Bogotá, the seven nuns are happy with their new surroundings. “Coming to Colombia has been a very strong call for me,” says Sister Ermila Sanchez. Along the same lines, Sister Heriberta Rosas Mena assures that for her this foundation in Colombia has been “a new vocation”.

The change of convent was difficult for some religious. Sister Eva Villa Martínez affirms that it has been difficult for her to arrive in Colombia because it has meant a detachment, similar to the one she made when she decided to give her life to God as an Augustinian Recollect. “It is still difficult,” says Sister Blanca Lizette García, who recognizes that for her the new foundation has been “a challenge.

Their happy faces show their happiness for carrying out the contemplative work in Bogotá, where they have been welcomed with affection. Above all by the Augustinian Recollect religious, with whom they collaborate in some pastoral or solidarity actions, such as their inclusion in ARCORES Colombia.

After a year, they only have one word to show their state in Colombia: happiness. “It has been something strong but we are happy with this new mission,” concludes Sister Huaraní Esparza. 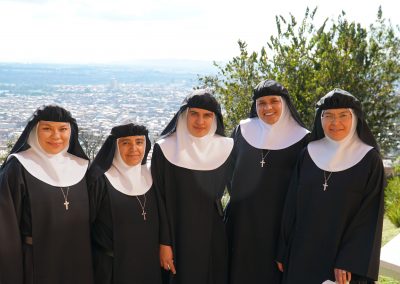 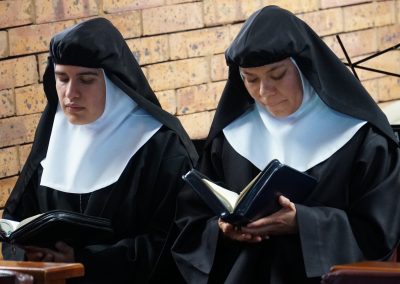 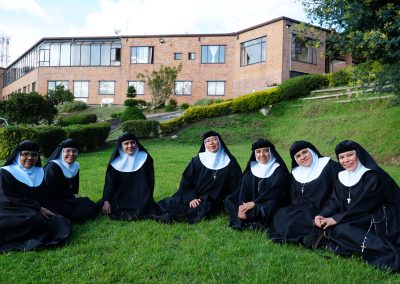 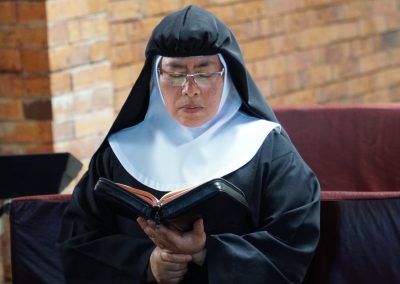